Why self-awareness could be the next hiring criteria

Daniel Tenner, CEO of GrantTree, has discovered that most people problems in an organisation can be helped by hiring correctly.

You won’t need probation periods and dismissal processes when you get the right people coming through the door.

There is one key thing you need to find out about someone in the hiring process, Daniel says. We spoke to him to find out what it was.

Few people are as thorough and as thoughtful in their pursuit of a new type of workplace as Daniel Tenner is. Daniel is the co-founder and CEO of GrantTree, a 35 person company that aims to simplify government grants and R&D tax credits to UK companies.

GrantTree is the embodiment of a new management style. Daniel advocates for Holacracy, Teal Organisations, Open Culture and Non-Violent Communication, and is very vocal about these matters on his blog. Daniel’s driving force for caring about building a better work environment is very personal: “I was bullied at school and this deeply impacted me.”

So he set out to build a positive company culture that would eliminate (or at least reduce) the negative aspects of office work and create an environment where everyone would enjoy working together.

To make these management concepts work, Daniel focuses on one key element: the people. This may sound like a truism, but as you’ll find out that in this case, there’s a lot to it. 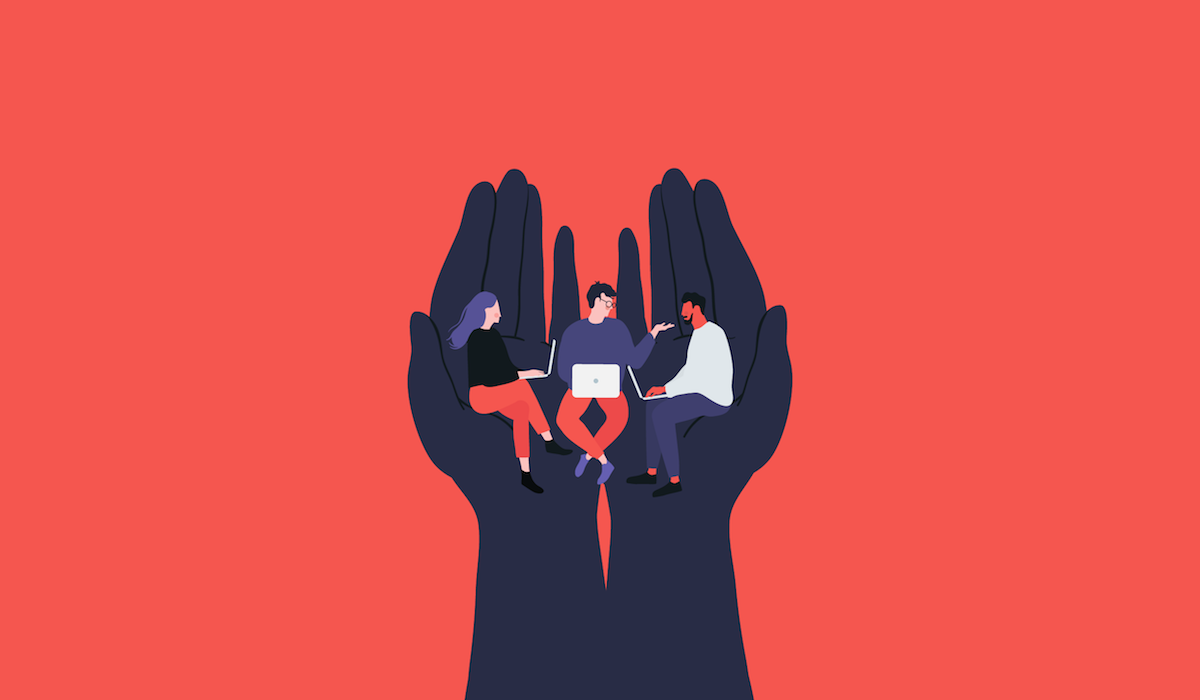 Holacracy - a decentralised management structure where teams are able to make decisions on their own, without reporting into a larger unit. (Important note: this didn’t happen overnight. “It took us several years to get our company of 10-20 to a place where it was ready to adopt holacracy.”)

Open Culture - GrantTree focuses on transparency, self-management, and even self-determined pay. The emphasis is on trust.

Non-Violent Communication - based on Marshall Rosenberg’s famous book, it’s a way to own one’s communication style and resolve conflicts by applying the 4-step process of Observation, Feeling, Need, and Request.

But all these ideas cannot be implemented without the right people.

How GrantTree keeps people at the centre of everything

It all begins with GrantTree’s hiring approach. Daniel has realised that it’s essential to hire people who are able to operate under the above principles.

Once a candidate has been shortlisted, GrantTree conduct a short screening phone call to see if the candidate has the passion and knowledge that is required for the role.

Next, there is the culture interview framed around a model in the book An Everyone Culture.

(Read our article about Next Jump, one of the three companies featured in the book).

Finally, there is an in-depth competency stage, where the candidate is asked to perform tasks and participate in scenarios that explore how well they can do the job. This is kept as objective as possible, which means more focus on tangible things (e.g. how well they wrote an email response to an angry client) and less on gut feelings (e.g. how well they answered a question about how to deal with difficult clients).

At the end of the process, GrantTree gives every candidate detailed feedback. The aim is that even if the hire is not made, the candidate walks away with something useful to them and a positive impression of the process.

Hiring with The Five Stages Of Adult Development

The most important part of the hiring process is the culture interview. This is where GrantTree identify the developmental stage of a candidate. They follow Robert Kegan’s Theory of Adult Development from his book "In Over Our Heads”: 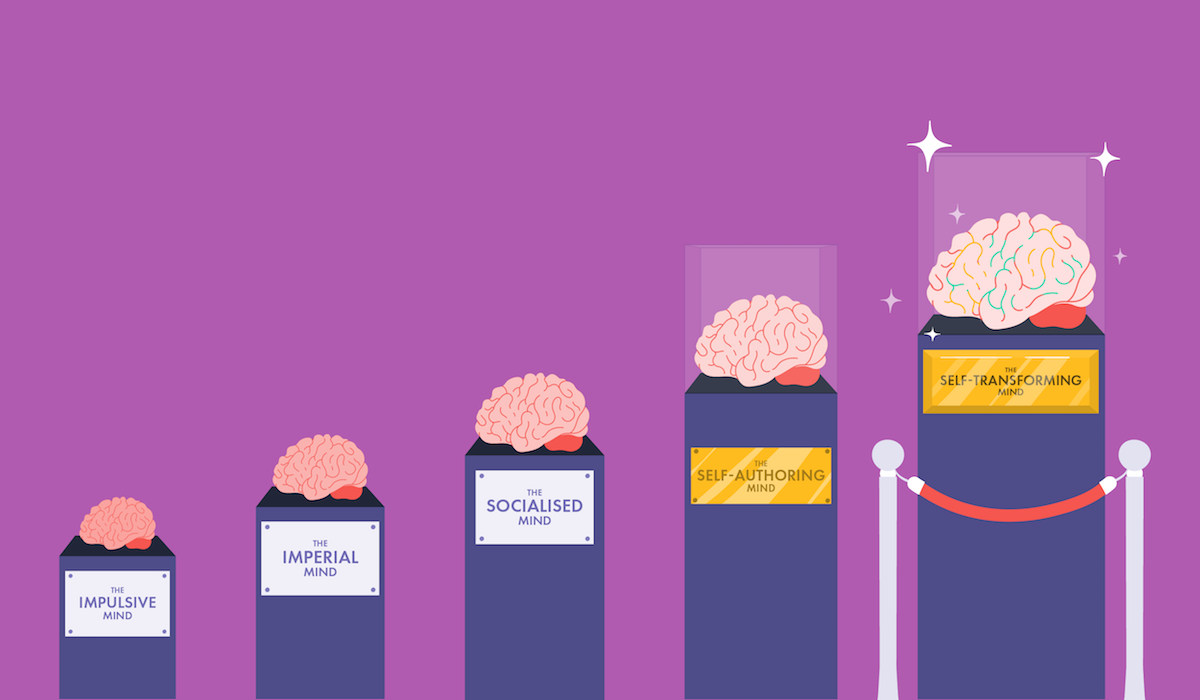 GrantTree only hires people who are at Self-Authoring level or above (stage 4 or 5). But how can they tell on which level a candidate is? Primarily by analysing people’s motivations.

For example, when asked why someone wants people to like them, someone in stage 2 (The Imperial Mind) would say “I want people to like me because then I can get what I want”.

However, a stage 4 self-authoring person would say: “I want people to like me because when I’m doing this kind of work, I need people to collaborate with me. Collaboration gets easier if people like me, so I will invest time to work on these relationships so that we can do this work together.”

Having a team that all are at this stage is crucial for GrantTreet to be able to practice their open, transparent culture.

Our way of working demands quite a lot from people. They have to resolve their own conflicts, there will be no manager to do that for them”.

Want to read more about the five stages of development? Here is a great summary.

How to not fire people (because you don’t need to)

One of the many benefits of setting the organisation up in this way is that firing becomes practically unnecessary.

Due the strength of GrantTree’s feedback process, Daniel says, the company didn’t have to let anyone go in the past 12 months. “And I don’t expect we will have to dismiss anyone in the future”, he adds. People with performance issues either leave on their own or they embrace the challenge to get their skills to the next level. Daniel adds:

We treat it as also the company’s problem when someone doesn’t perform. Most companies treat performance issues as only the employee’s problem and they try to insulate the faulty cog and push them out as quietly as possible.

Getting Rid of Probation Periods

There’s no probation period at GrantTree. “When you’re in, you’re in”, says Daniel. The company took on around 10 people in the last 12 months, and their success has confirmed to GrantTree that there is no reason to revert back to having a probation period.

Time will tell if these ideas are management fads or whether we are indeed at the dawn of a new golden era of company culture design.

One reason to be optimistic is that companies adopting these new frameworks are doing it from the ground up when they are still small, like GrantTree with its 35 employees. This sounds more promising than imposing a new idea onto an existing, large organisation, which is how most management fads arise and more often than not, die.

Some of these small experimenting companies will be the Googles of tomorrow, and their ability to scale their culture as they grow will be the acid test for the principles GrantTree abides by.

Want to learn more about the concepts used by GrantTree?