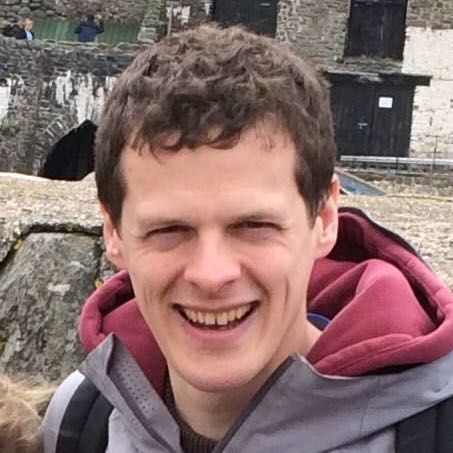 In startup culture, ‘hard work’ is something of a sacred cow. It's been this way for a long time but in recent years that emphasis has only grown stronger - at companies like Revolut the concept of hard graft is now all but venerated. Don’t get me wrong, hard work is essential to startup success - but a common mistake that so many make is to equate flexibility with ‘slacking off’. Whether you realise it or not, that mindset is forcing good people out of your business.

Six years ago, I joined an ambitious young startup called Songkick. Back then, I had all the hunger and drive of every other twenty-something cliché in an up-and-coming, high-growth tech company.

I was able to pour myself into the job. For those who have never worked in tech, the industry comes packaged up in a particular culture; one of long days and intense hours. Your work comes home with you, to the pub, to the park, and pretty much anywhere a colleague is.

At the time, I was free to do this because I had little to no responsibilities. Fast forward to today, and things are a little different.

I still work at an ambitious startup. I still work hard. The difference is now I have three children, a mortgage, and all the other moving pieces that come with that. Those changes have dramatically affected the way I can do my work.

I no longer have the elasticity of schedule that I possessed during my youth - I can’t just throw time at a problem until it gives way. As much as I may want to be in the office working on something to completion, sometimes I have to close the laptop and head home.

About a year ago, that battle between work and home came to a head. I was walking a tightrope, trying to balance my responsibilities as Head of Product at Charlie with my ever increasing responsibilities as a father and husband. Every day, I would leave the house before my kids had finished breakfast, and arrive home long after they'd gone to bed. Eventually, that tightrope began to fray.

This wasn’t an easy time for me - I was caught in the middle between what seemed like two diverging forces. The company I loved was moving in one direction, while my family was headed in the opposite direction. I was left in the middle, trying to hold everything together.

This problem was by no means unique to me or to Charlie. In fact, I think it’s something every young startup will have to wrestle with eventually.

Within startup culture, hard work can be held up on a pedestal - the ideal that everyone is asked to hold themselves to. And there’s no problem with that: we work hard at Charlie, and we actively urge one another to commit with intensity and energy.

What is problematic is the side-effect of that commitment - a spillover viewpoint that encourages you to equate ‘hard work’ with longer hours.

That view is driving people out of your company.

This isn’t simply a theoretical problem; it’s a reality. When the tightrope I was walking eventually snapped, I booked a meeting with our COO, Ben Gateley. I told him that as things stood, I was very close to walking away and looking for a job elsewhere.

The fact that I didn’t is a testament to Charlie’s willingness to think outside the box. Ben and I found a solution together - but I wonder how many people even get as far as having that conversation? How many people reach the same tipping point… then polish up their CV, and leave the all-or-nothing tech bubble for good?

The good news for founders is that it is a lot easier than you think to accommodate enough flexibility - both in your communication, and your company culture - so people don’t have to make those trade-offs.

Be honest with yourself - nobody is capable of maximum productivity at all hours of the day.

Energy ebbs and flows, inspiration goes through peaks and troughs, and different tasks present different challenges. Achieving that state of peak flow can be easier or harder depending on the context and environment.

Rather than deny this, challenge your own assumptions about what it means to be more flexible. It’s all too easy to assume that ‘flexibility’ is just a euphemism for ‘slacking-off’. I believe that’s a mistake.

2. Allow your team to own the solution

When I went to Ben with my dilemma I was in a mood of glum resignation. It felt like the diverging responsibilities I had to my work and my family were irreconcilable.

But instead of digging in his heels and telling me all the many reasons why things couldn’t change, Ben did the opposite. He asked me to suggest a solution, then own the delivery of that solution across the company.

This flipped my state of mind completely. I was no longer dealing with an irreconcilable difference, but a project I was free to approach on my own terms.

Together with my wife, Lizzie, we worked through exactly what I would need from Charlie in order to continue working there and laid out how that would, in turn, pay back to the company in increased productivity and a fresher mind when in the office.

The end result was a form of flexible working pattern we call ‘core hours’. But the exact details of the arrangement we struck upon isn’t really the issue. What’s crucial is that Charlie allowed me to own the problem, then gave me the chance to deliver the solution.

It’s all too easy to see someone at their desk after everyone else has left and think: “that’s what real dedication looks like”. In reality, it’s not that simple.

Earlier in my career, I could afford to let myself be sidetracked by small problems, to procrastinate or be lazy about prioritising my time. After all, I could just stay late and make up the time.

It’s possible that I fooled others, but I wasn’t under any illusion: working later didn’t necessarily mean I was working harder.

This is the trap of presenteeism - the mistake of equating visible desk hours with output. It is the founder’s responsibility to make sure their company doesn’t fall into that trap.

Place your emphasis on output - not on hours worked. Or to go one better: define the outcomes you want, and then give your team the freedom to work out the best way to achieve them.

This is perhaps the most crucial part of the process. How can companies be sure that new flexible working arrangements are actually working?

I’ve already touched on just how jumpy tech companies can be about anything that could be mistaken for taking their foot off the pedal. For that reason, knowing that flexible working produces results - and being able to prove it - is a serious issue, and we defined several success criteria upfront.

After a two-week trial, I’d asked a colleague outside my immediate team to act as an impartial surveyor: she polled my teammates, asking them if they thought the new changes had a detrimental impact on their work or my own performance.

Overwhelmingly, the answer was no (phew!) - although there were some excellent suggestions about how I could get better at communicating where I would be and when.

Flexibility is not a dirty word

I never wanted to leave my job. What I wanted to get away from was a culture that felt incompatible with my family life. The fact that my company was willing to make the changes I needed is testament to its founders and a credit to the open culture of communication they have fostered there.

But I’m certain there are many other Product Managers facing much the same dilemma who won’t get as far as having that conversation. If you want to keep them, then you need to look at making your workplace more flexible. Those people want to work, and want to work hard - but they won’t stick around if it means sacrificing their family life.