Why every startup needs performance management 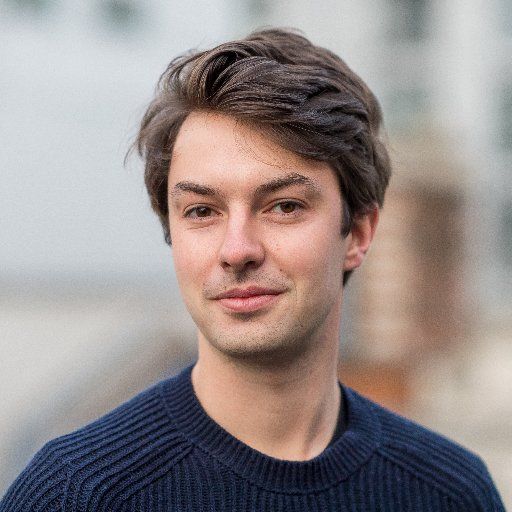 As a new founder, it can be tempting to believe your business is too small for performance management – that startups are immune to the problems that surface as companies scale. In the experience of GoSquared’s James Gill, that’s wishful thinking.

When I founded GoSquared with my friends Geoff and JT, we were 14 years old. I’m 27 now, which means we’ve been running GoSquared for nearly 13 years. In all that time, we’ve deliberately kept the company small.

All three of us love being part of a tight-knit, high-performing team of 5-10 people – we love building product, love close collaboration, and hate the idea that a larger headcount could make us less agile.

While that timeline might freak some people out (I can confirm there’s no such thing as an overnight success...) it does mean that we feel pretty confident when talking about running small companies. It’s something that I’ve been doing my entire adult life to date – if there’s a mistake to be made in that area, I’ve almost certainly made it and hopefully learned from it afterwards.

If these 13 years have taught me anything, it’s this: when it comes to optimising the performance of your team, you’re never too small.

Believe me, I understand the thought process many founders go through. When you’ve just launched your new startup, you’ve got 1000 plates spinning. Choosing your first hires, securing funding, defining market fit... ‘Performance management’ was not the first thing on my mind.

Anyway… we’re better than that, right? Performance management is from the arcane world of corporate business management. Back when GoSquared was made up of just me and two mates, monitoring and improving our performance didn’t even occur to me. They’re both incredibly smart, capable people intrinsically driven to succeed and improve.

13 years later and I’ve learned to think a little differently. Because that term needs a little unpacking – when we say 'performance management', what we're actually saying is this:

Are we working as effectively as we could be? Is the company going in the direction it needs to?

So it's actually extremely important – and not at all boring. Not if what you care about is growing your business.

It doesn’t matter how small your company is – you are never too small for the fundamentals. Here are some of the absolute basics you need to set yourself up for success, both now and in the future:

Performance management for first-timers: the basics

If you haven’t started, start now

Many people reading this will be at the beginning of their startup journey. You could have made only a few hires, and it might seem like ‘performance management’ is something to worry about later. It’s not – it’s something to practice from day one.

If you don’t think about performance management early on, the risk is that you simply never start. There will never be a ‘right time’ – and by the time it becomes impossible to ignore, it may be too late to tackle it.

One on ones are essential, no matter your size...

At this stage, you probably don't need a formal review process. The core of your performance management system should be made up of one to one conversations.

Don't underestimate these chats. In a fast-growing startup, it’s incredible how much can change over the course of a week – a lot can happen even in a day. When you’re moving fast, it’s easy for individuals to feel overwhelmed and out of the loop. And when that happens, it becomes a performance issue.

We stopped doing one on ones for a little while a couple of years ago, and I was amazed at how much potential there was for tension to build-up beneath the surface.

One to ones provide an essential release mechanism. They enable issues to be addressed and resolved way before they become a real cause for concern.

...but they don’t happen by magic

One on ones don’t happen by themselves. If they’re not in the calendar and scheduled for both parties, then they just won’t happen. Something else always seems more important.

It’s very common to read about how important one on ones are. But I think the most crucial thing is often under appreciated… and that’s the set cadence.

You are never going to have difficult conversations naturally – they won’t just occur spontaneously by the office microwave. One on ones are most effective when you set a cadence with each member of the team, then stick to it. Once every two weeks works for us.

Keep it short, keep it sweet

Keep your one on ones to an hour in duration. Any longer than that and they start to feel like a burden – you’ll both start finding reasons to postpone.

Know that feedback is a two-way street

Giving critical feedback is a two-way process – while one person may be confident in giving feedback, the other may not know how to receive it or respond. It’s worth spending time as a team to understand and articulate why more open and direct feedback is essential.

As a founder, you have to be prepared for some critical feedback yourself. Often people are concerned about giving any criticism to the person who’s technically their boss, but the best managers and founders actively seek out feedback that will help them improve.

And finally, here’s one that often gets overlooked:

I’ve actually touched on this one already, but I really do think it’s so important.

There can be a temptation to assume founder relationships don't need maintenance – often you start a company as friends, or at least have such a close working relationship that you assume you’re totally on the same page.

But two people are rarely 100% on the same page without actively striving to achieve that. Even, like at GoSquared, when those founders are close friends that know each other well.

At GoSquared, we have a weekly '8am-athon’ to allow space for the founders to thrash things out between ourselves. The meetings started because a lot of stuff comes up during the week that has no natural place to be discussed – ‘8am-athons’ give us the time (no more than two hours) to get through an agenda of important topics without eating into the rest of the working day.

The goal for us as founders is to be as open and direct as possible with each other – everyone needs that candid feedback, and it doesn’t matter if you happen to be friends.