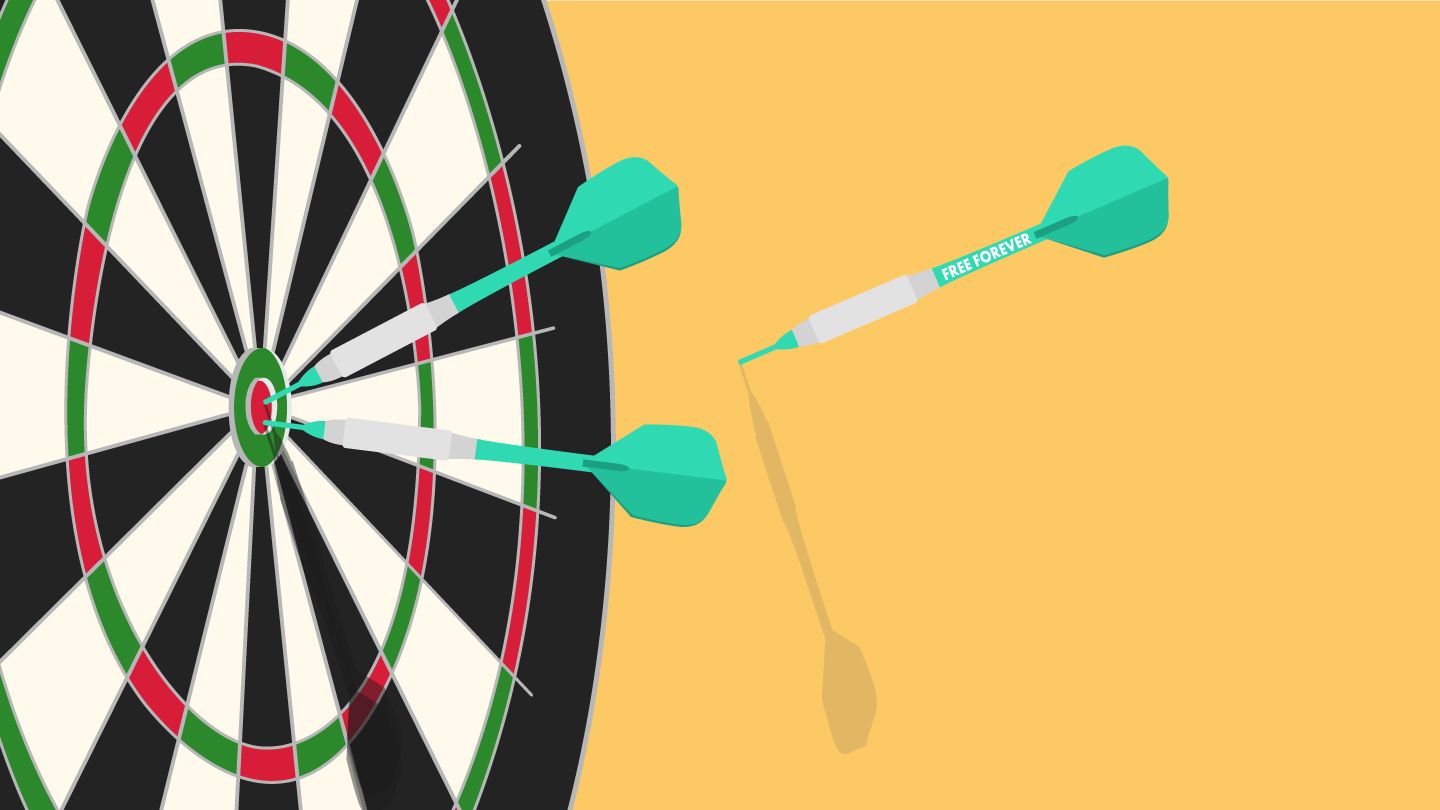 In 2018, CharlieHR backtracked on their 'free-forever' pricing model – a model they'd promised customers would stay forever. In this post, Charlie CEO Rob O'Donovan reflects on how owning your own mistakes is the key to building successful teams.

As a CEO, I am no stranger to failure.

I get things wrong regularly – when you’re setting up a new business from scratch, mistakes are inevitable. But it’s not until recently that I’ve fully realised just how valuable they can be.

The story of a pricing change

At the start of 2017, CharlieHR had two products. A free version used by thousands of customers, and a separate ‘premium’ offering that included our newest, most in-depth features, which was paid for by a few hundred companies.

For many reasons – which I’ll save for another blog post – it wasn’t working. We had lots of customers who loved Charlie, but not a huge number that paid for it. Eventually, it became clear that to fulfil our mission to serve millions of small companies with brilliant and beautiful software, this had to change.

But that meant breaking a promise. I had told a great many people that Charlie was going to remain free forever. There’s no colouring this any differently. We said one thing, we did another, and the months following that decision were some of the most humbling of my life.

To communicate the change, we rang up as many customers as we could get hold of, and spoke to many, many more over email and live chat. We grovelled hard. I said “sorry” more times that month than I care to remember.

I won’t sit here and pretend to have immediately recognised the value of this experience. It was stressful, it was exhausting and it was embarrassing – at the time, our pricing change was something I couldn’t wait to be over and finished with.

But over the months and years that followed, I started to realise how valuable that shared experience was. It made me a better CEO. It helped our team to do better work. It helped shape a company culture that I am enormously proud of.

Building a culture where people are comfortable with failure

In the startup world, we often eulogise failure. We know that new small businesses don’t succeed by playing it safe, and encourage our teams to shoot for big wins without fearing the occasional miss. But building a culture where people are truly comfortable with failure is easier said than done.

Startups are high-pressure environments, driven by metrics that must move or the company dies.

It’s not easy to create a culture that says “we must hit this number by Wednesday” while also saying “give it a go and don’t worry if it doesn’t work”. Those are very mixed messages.

This is where our experience with the pricing change has been so incredibly valuable.

That shared, company-wide experience of getting something dramatically and emphatically wrong has been the greatest demonstration I can imagine that there is nothing terrible about failure – as long as you learn from it afterwards.

It has taught us to talk openly about our failures, both collective and personal. To be open. To tell people you’ve screwed up, talk about how it’s made you feel and explain what you’ve learnt as a result.

It has helped us form a culture where failure is fine, so long as we learn from it.

No red lines – everything is up for grabs

When new people join the company, the first thing I tell them is to challenge everything. Their fresh eyes make them one of the most valuable brains in the business. Ask questions. Don’t put up with average answers.

But my values don’t always match my behaviours. I paid lip service to a supposed meritocracy of ideas but I’m certain that in reality, some conversations were off the table – our free tier was almost certainly one of them.

When we started Charlie, offering the platform to customers at no cost had been one of the central tenets of our strategy. It ran keenly through our DNA – being ‘free’ existed as a promise even before we wrote the first line of code. I think it is highly likely my own personal attachment to that promise meant the decision to change direction happened far later than it should have done.

I would encourage any CEO to write a list of all the key assumptions they’re making about their business model. You will probably surprise yourself when you realise that some things that are so fundamental to your company’s belief system are still only assumptions.

Revisit the list every month, and explore if anything might have happened which changes your position. Share it with your team so that everyone has the opportunity to input.

Build the discipline to challenge everything.

Vulnerability is where the action happens

I have a curious relationship with pride. If I don’t have enough of it then, as a founder, I would never get anything off the ground. Too much, and I miss the wood for the trees.

This big mistake was a stark reminder that some of the greatest progress can come from parking pride and leaning into vulnerability. I found this whole process deeply painful, and I imagine that pain was etched on my face for a good few months afterwards.

With hindsight, I understand that it was important for my team to recognise I was hurting. If we had reneged on our promise without showing that it hurt… what kind of callous, cutthroat business were we running? The fact that our team could see it was so difficult helped foster the respect they needed to power through and deliver on it.

But perhaps more pertinently than that, it has also helped create an environment where it’s OK not to be fine.

Smiley faces - all the time - become disingenuous. Startups are never all rosy, so we needn’t pretend that they are.

And when we show vulnerability and fallibility it gives our team the right to do so too, which enables us all to understand each other better.

I don’t believe that CEOs should wear a mask of positivity every day. If you’re disappointed, frustrated or concerned, share it with your team. It’s unlikely you’re the only one who’s feeling it and opening up gives better ground for conversations on how to resolve the problems.

I won’t go as far as saying that I’d deliberately make this mistake all over again – but I am certainly grateful for everything it taught us about running a small business. It has fundamentally changed the way I look at failure, and our team at Charlie does better work because of it.

Some of the most challenging times are where we grow the most - and that principle has applied to our whole company, not just me personally.

How Charlie is making work better in 2020

At Charlie we're on a mission to make every small company a great place to work. Try our software for free and find out for yourself.