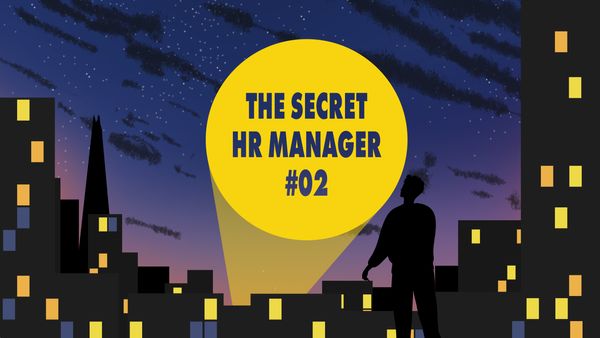 To allow them to speak freely, we have protected their identity.

Small businesses come in all shapes and sizes. That deceptively compact term ‘SME’ can sometimes make them seem almost uniform in nature... In reality, a ‘Small or Medium Sized Business’ could mean anything from a family-run accountancy to a 200-strong tech innovator.

But if they have any one thing in common, it’s this: at the very top table of the business, the HR function is consistently underrepresented and misunderstood.

But first… how did we get here?

Managers who can’t manage – the specialist nature of senior leaders

A lot of the time, people who make it to top leadership positions arrive there off the back of a very specialised skill set.

For CEOs, that might be their business acumen. For CFOs, it is their knowledge of financial planning and how to guard against risk. These skills are the Unique Selling Point that push them higher up the career ladder until they are in leadership positions.

But very often, management or an empathetic understanding of people is not one of those skills. I’ve spent a long time working in many small businesses and startups, and I have been consistently struck by how often those ‘soft’ people skills are missing from the top leadership team, and how widely they are undervalued.

That’s how the imbalance arrives in the first place. This is how it becomes entrenched for good:

The trap of ‘retroactive HR’

While the team was just a handful of people, there was probably enough familiarity and trust going round to allow that company to skate over most HR issues.

When they get to 20, that arrangement starts to break down. At 40, it becomes unworkable.

Eventually, they hire someone to fix it – to provide the transformational change needed to create a truly great working environment.

But the fact this hire has been neglected so long puts them at a huge disadvantage, right from the off. Inevitably, there’s a backlog of organisational and structural problems to put right – years of bad habits to ‘unpick’ all across the company. They end up just putting out fires.

It's a vicious cycle. Putting out those fires means they can never get to work on the big picture – to really ‘move the needle’ and change the way the company works.

In turn, that means the senior leadership team never sees the tangible, transformative change they want, and the HR function never wins any credibility. Without that credibility, the person in that role never gets to influence strategic decision-making at the top level – instead, they stay put fighting fires.

If you want to get that seat at the top table, then you have to stop putting out fires and start changing behaviours – starting from the top down.

You need to make the case for a people-centric model of running your business, and convince the leadership of its value – and the way to do that is by speaking in the language that they understand.

Here’s an example from my own experiences:

Not too long ago, an employee at my company resigned after a very long period of tenure. While I wouldn’t describe them as a superstar, they were a real stalwart – this person had remained committed to the business for years and put in long, hard hours to make it successful.

But when they handed in their notice, a senior leader pulled them into their office and – offhand – mentioned that they'd “never been amazing” at their job.

I asked for a meeting with the leader in question, and presented them with two scenarios:

Even if it turns out to be beyond retrieving, then at least behaving positively and supportively will ensure the working relationship remains amicable during the notice period – and they will remain an ally after they’ve left.

Whatever the case – the people who aren't leaving the company are judging the company by our response. Who wants to work for a company that gives loyal employees such a dismissive send-off?

Fundamentally, this whole conversation is about making leaders understand that for all their other business skills, they might not be very good managers. That’s the crux of what is going on here.

But you can’t go in with a line that aggressive – you need to be smart with your messaging.

Speaking the language of the business

If you want to change a CEO's course of action or the way they behave, then do it in the language they can understand. Present the business case for the way you want to handle things, and make your case as concrete as possible.

In the example of the unexpected leaver, that means talking the language of retention, our staff’s engagement with their work and the employer branding that we present outwards to prospective candidates. I had to make it clear that treating our employees without respect would hurt the business, not just my own sense of right and wrong.

Often, I think CEOs see me as a blocker to their own agility. What is more accurate is the fact that I am bringing a different skill set and perspective to the same problem – I understand the damage a bad firing can have on a team dynamic.

HR is coming of age

Everyone who works in the People sphere is going to rub up against this problem. Your struggle to get that seat at the top table is part of a much wider movement – after a long, long period on the sidelines, companies are beginning to understand just how important the ‘people’ side of running a business really is.

My advice is to fight your corner, and hold your ground – you are on the right side of history on this one. 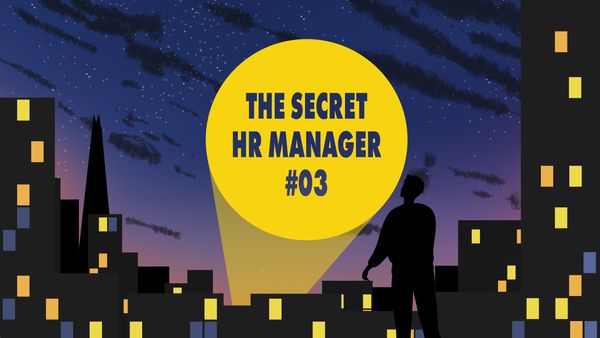