At CharlieHR, our flexible working policy was producing more problems than it solved. Our solution? A system called core hours.

Our office hours were 10-6 each day, but it was totally fine to work from home. To book in a day to work remotely, you’d just need to ask your team lead. We also ran fortnightly 'Work Where You Like Fridays', when everyone was encouraged to stay at home, head out to a coffee shop, sit in a park or come into the office as usual.

Nobody had a clear idea of what was expected of them, and huge periods of time were being wasted on discussions. Team leaders wanted clarity about how they should react to work from home requests. Team members speculated about whether working from home was productive, and whether they or other members of their team were working long enough or hard enough on days they worked from home. Everyone – from the newest hire to the people who’d been at Charlie since the beginning – worried about what exactly was permitted.

Alongside this, the 'Work Where You Like Fridays' policy was problematic. People are tired on Fridays. Why wouldn’t you choose to stay in bed? I'm not saying this was crippling our output – but as a company we were never quite at the top of our game on Fridays.

Something needed to change.

The policy we introduced was core hours. This system defines a period of hours where everyone is expected to be in the office. Outside of these hours, you can work wherever and whenever you like.

Charlie’s core hours are 10am-3pm Monday to Thursday, and 10am-6pm on Fridays. Want to head to the gym at 4pm? Go ahead. Need to get out in time for the school run? No problem. We expect people to finish the same amount of work they’d get done in a 10-6 day – they can just do it whenever they want. We didn't entirely eliminate our remote working policy: you could still work from home, but it was treated as more of an exceptional request than something you should be using on a regular basis.

That last part – facetime – is important. It’s popular to moan about stale, oppressive offices and how they don’t really produce great work, but the reality is that a pleasant office filled with an enthusiastic team is an overwhelmingly good thing. Offices provide momentum and energy, can foster a positive social atmosphere and hugely improve communication. Getting your team together under one roof – even if it’s for a relatively brief time each day – can seriously boost your business’ productivity.

The reality of the previous policy was that the amount of freedom was so unlimited that people were unclear on exactly what was expected of them. Cyclical conversations about working from home became the norm – and rarely produced any satisfying answers. Plenty of people avoided remote working out of a (totally unfounded) worry that they were crossing some undefined line.

Stricter, better-defined rules actually ended up giving the team more freedom. The specificity of the policy lets people know exactly what is “acceptable” usage, and frees them up to use it when they need it. It’s a similar issue to what we discovered after realising our unlimited holiday policy wasn’t working – more freedom on paper doesn’t mean more freedom in reality.

We still offer full remote working for when people need it, but with some qualifications. We limit it to 15 days per year, and ask people to book these days in with at least a week’s notice, to avoid the temptation of booking one on a hungover Friday morning and push people towards mindfully using the option.

So give core hours a go - but… treat it as an experiment.

Core hours seem to have worked out for Charlie, but we didn’t want to recommend them based only on our experience. We reached out to other people who had experience running companies which had tried out core hours to ask them how things had gone.

Many got back to us with positive stories – usually recounting how core hours had helped them solve the same issues that we’d had at CharlieHR. However, much more interesting were the negative experiences.

MB Christie, COO of Tech Nation, offered us some amazing insight on this. She’s worked at multiple businesses which had tried out core hours over the last decade. The results? Universally negative. Here’s what she said went wrong.

The policies at MB’s companies looked much like ours at Charlie – people were expected to be in the office between 10am and 3pm. There was no specific number of hours to be completed outside these times – you just had to get your work done.

For the majority of employees, this worked just fine. They were enthusiastic about the flexibility this policy gave them, and slotted into it seamlessly, getting their work done and being responsible about communication and deadlines outside of core hours.

It was a minority of less than 10% that ended up ruining the policy for everyone.

They treated it as an excuse to turn up at 10, complete a 5-hour working day, and get absolutely nothing done outside of those hours. In disciplinary terms, this was an absolute nightmare: without being unpleasantly intrusive, working out if someone was actually doing anything outside their core hours became near-impossible.

“One employee moved to another city, and spent his core hours commuting to London – claiming that he spent the commutes working – which his team quickly realised was not true.” MB

The weirdest part? These people weren’t born underperformers. They’d been fine beforehand, producing just as much high-quality work as the rest of their team, hitting their deadlines and generally pulling their weight. As much as people worry about “presenteeism” in the workforce, it looks like for some people, the structure of a traditional working day really does motivate them.

This wasn’t the only problem the policy introduced. Senior people in the company ended up in a unique type of meeting-hell: every internal meeting now had to be scheduled between 10am and 3pm, clogging up calendars to a ridiculous degree. External meetings often had to be pushed to antisocial hours due to internal meetings all being scheduled right in the middle of the working day.

The frustrations built up. The people who were underperforming fell behind, leading to their teams missing deadlines or (the more common result) the real high-performers on their team shouldering a huge burden of extra work.

“In the end, the decision to remove the policy wasn’t prompted by management – it started with complaints from the teams." MB

Core hours is often talked about and treated as a perk – and taking away perks is a pretty thankless task. However, MB explained that she had always been extremely careful to portray the introduction of core hours as an experiment – so people didn’t feel resentful when the experiment was declared a failure, and the old system returned.

MB told me that she hadn’t given up on core hours for good – she’s still very much in favour of using it in exceptional cases, such as for employees who need to care for children or an elderly relative.

She also accepts that, clearly, there are companies that have made a core hours policy work – but stresses that these companies tend to fit a very specific bill. They’re either highly creative places, where the boundary between the work and leisure time of the employees is hugely blurred, or small companies where everyone is highly dedicated to the business’ mission and culture. For large companies, or small companies which are likely to grow quickly, she recommends steering clear of core hours.

So – try out core hours. It could work for you, and when it does, it gives your team loads of flexibility while keeping the best parts of office work intact… but make damn sure you call it an experiment. 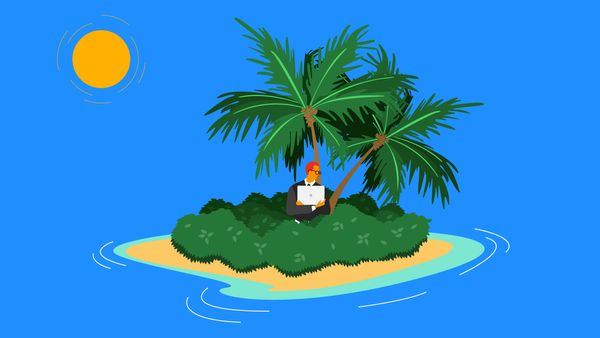