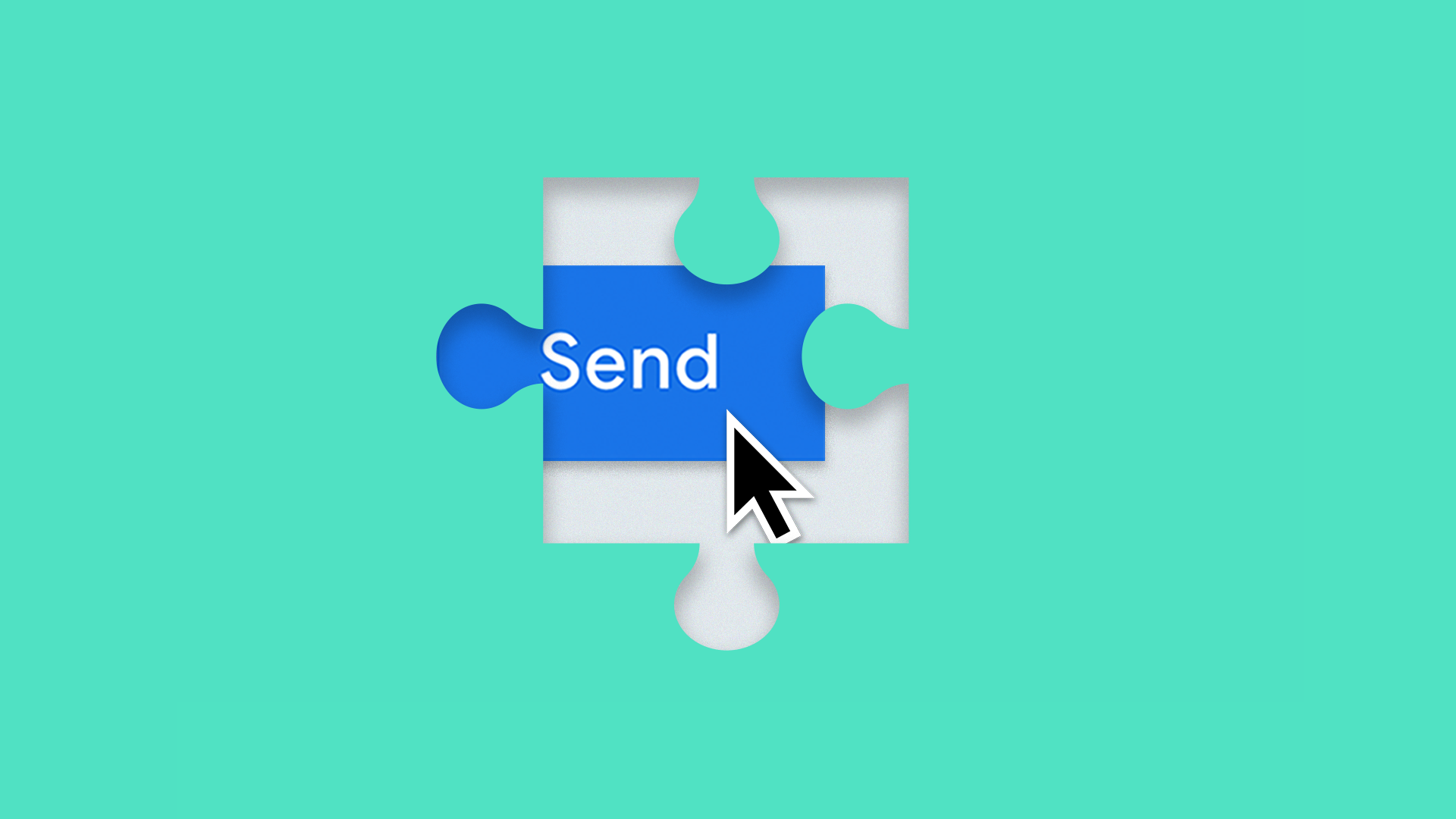 If you want to keep your team motivated, engaged and in the room, then building out a clear pathway for career progression is essential. But before that framework can work, you need buy-in from the rest of your team.

So far in this series, we’ve really been focussing on theory.

In the first post, Ben talked about why he believes developing our team is so important and exactly how Charlie had fallen short of that in the past. In the second, I covered our efforts to build a solution – a career progression framework that gives our team total clarity over how they can expect to progress here.

But up until now, neither of us have talked about the final (and most important) piece of this puzzle: putting all this theory into practice and rolling the framework out to our team.

After all – this is the most crucial step.

It doesn’t matter how much time, money or effort you pour into a progression framework – if that framework only exists on paper, then it might as well not exist at all.

For it to be considered a success, we had to take this new framework off the page and make it a living, breathing part of Charlie’s day-to-day.

Now – there’s no getting away from the fact our progression framework is a weighty piece of work.

It includes a multi-level matrix of desired behaviours, defined career pathways for a dozen different job roles, not to mention a calculation for salaries ...  It's a complex system, and I worried that if we didn’t win that initial buy-in from team members, it could end up falling flat.

What’s more – rolling it out had the potential to be a pretty fraught process. For the first time, we'd be laying down in black and white the seniority of every person at Charlie.

People’s job titles were going to change. There was the potential for salaries to the amended.

This meant the way we rolled out this framework to our team became really important.

To give the framework the best chance of success, we needed to make sure that Charlie’s people managers understood it inside-out. They would be the ones actually using this framework with their direct reports – if it was going to take root, it would be largely down to them.

Secondly, we had to make sure the framework was rolled out to the rest of the company with absolute clarity. We wanted the framework to provide us with a ‘common language’ for talking about promotion, progression and seniority – if we were going to achieve that, our team needed to ‘get it’ right off the bat.

To try and keep the roll-out as efficient and effective as possible, we broke it up into two stages, both roughly a week long.

A central part of any progression framework is the system of ‘levels’ that it defines for your team. It’s by using these levels that team members can visualise exactly where they are in their career and exactly what they need to do to make progress.

Now, we’d already gone through the process of defining these levels – now we had to match our team against them.

We broke this process into three steps:

Ben and I kicked off this process between ourselves. Sitting down with our new framework, we had a ‘first-go’ at matching every single Charlie team member against the levels we had defined.

However – I didn’t want this process to be dictated by the two of us.

We might have had a rough idea about how everyone at Charlie measured up against this framework, but we definitely didn’t have the closest overview. We knew that our people managers would have a much more intimate understanding of exactly how their direct reports measured up.

For the next phase of this levelling process, we shared the framework with Charlie’s people managers and asked them to level their team on their own.

We consciously decided against telling them how Ben and myself had levelled their reports – we wanted them to keep their analysis free from bias.

3- Final levelling calibrated across the company

To complete the levelling process, Ben and I sat down with each of Charlie’s people managers in turn to compare notes. Together, we worked through each team member and agreed on the final levelling we’d take forward.

These conversations were incredibly useful for a few different reasons:

First off, it meant our levelling process immediately became much more accurate and grounded in the reality of the business.

Secondly, it served as an incredibly useful ‘trouble-shooting’ process for people managers.

We’d spent a long time talking about this framework in the abstract – this was a great opportunity to get it into the hands of people managers so they could start seeing how it really worked in practice.

The final – and most interesting – thing we took from these meetings was that we’d already begun to benefit from the common language the framework had given us.

As part of an Ops team, there can be times when you’re discussing skill sets, abilities and experience almost constantly. In the past, those conversations were always bounded in subjectivity – one person’s idea of a ‘senior’ developer can be very, very different to another's.

But in this discussion, you could already see how the framework was making our conversations more objective.

Week 2 - Rolling out the progression framework and communicating the levels

During Week 1, we’d focussed mainly on the levelling process and making sure Charlie’s people managers felt comfortable working with the framework. In Week 2, it was time to start rolling it out to the rest of Charlie.

1- A coaching session for people managers

The first part of this process was running some one-on-one coaching sessions to help our managers understand how to talk about the framework with their reports.

Later that week, we’d be asking them to share with their direct reports how they had been levelled – we wanted to make sure they were comfortable having those conversations.

From the outset, I’d never felt sure how to launch this framework to the rest of the company.

At Charlie, major pieces of news are always announced verbally and in person, usually at full company meetings. But there were so many different strands to this project that I was worried about overwhelming people with information.

If I couldn’t communicate exactly how the framework worked or what made it so beneficial, we wouldn’t get the ‘buy-in’ we needed for it to be a success.

In the end, I decided the best way to launch our career progression framework was by sharing this slide deck. 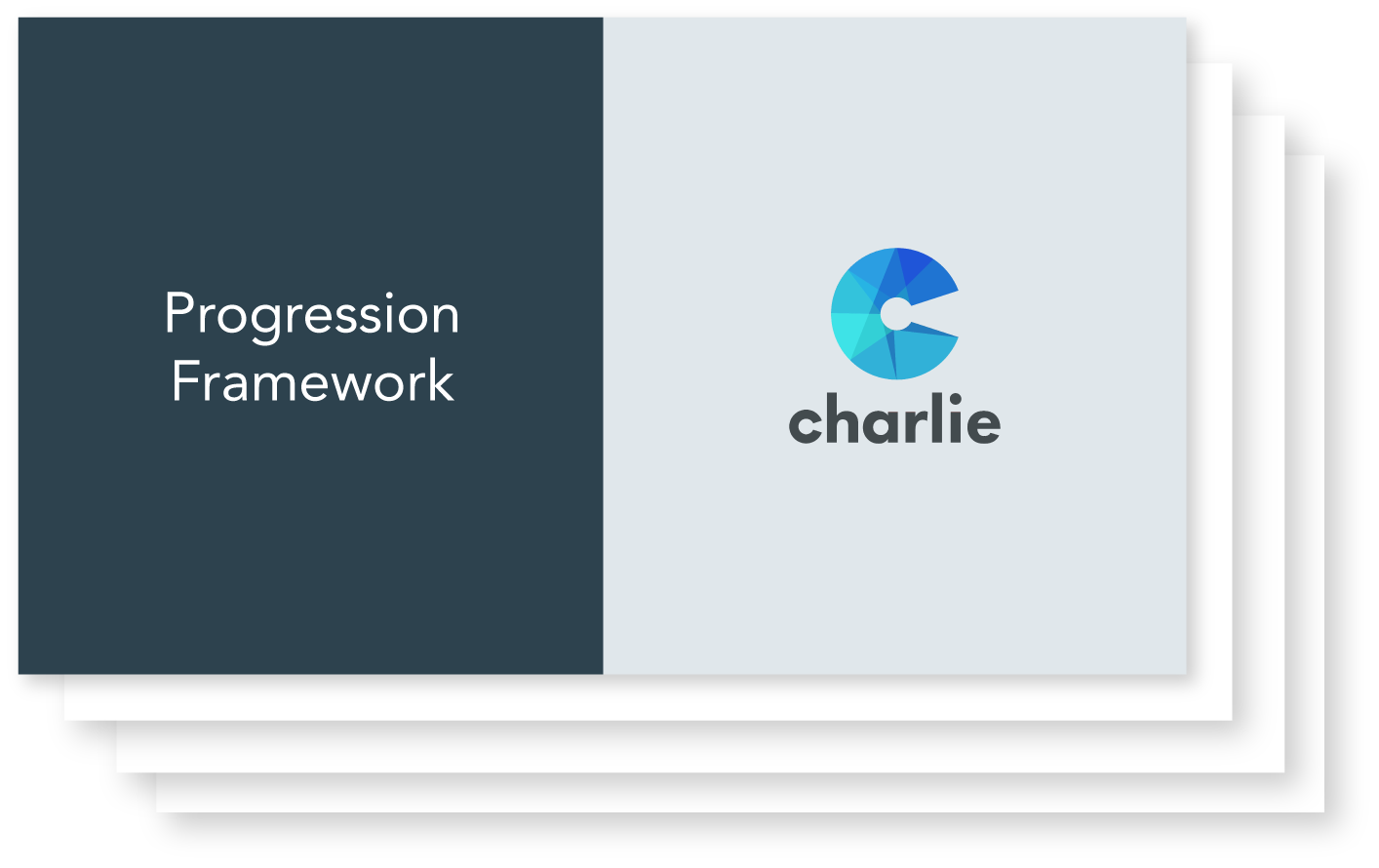 Better than any other resource, this slide deck explains exactly how our framework should be used.

A few days after this announcement, we ran a FAQ session to allow our team to clear up anything that wasn’t quite clear.

3- People managers book in conversations with their direct reports

This was the final part of the roll-out process. Now that the Charlie team understood how the framework worked, we needed to start working with it.

We asked Charlie’s people manager’s to book in a one-to-one conversation with each of their direct reports so that they could discuss their levelling and any resulting changes to title or salary.

Once these meetings had gone ahead, we locked in those salary changes into payroll and asked our team to adjust their titles on Charlie.

Beyond the roll-out: bedding the framework into Charlie’s internal culture

At the start of this post, I talked about wanting to make our progression framework a living, breathing part of Charlie’s culture – a foundational part of the way we worked.

That meant the roll-out was only the beginning. We had to make sure the framework wasn’t just a flash in the pan, but something that underpinned professional development for everyone working at Charlie.

To that end, we’ve incorporated the progression framework into various parts of ‘how Charlie works’.

Our people managers now make sure to ‘check-in’ their direct reports with the framework at least every three months. This is something that will become much more effective once we’ve released Charlie’s updated Reviews feature, which is designed to help managers have productive conversations with their team.

We also started to incorporate the progression framework into our team's Personal Development Plans (or PDPs). This is a really useful way of bringing the framework out of the abstract and into our team’s day-to-day experience of their work.

The hardest part of this roll-out process was applying it to our team 'retroactively'. Now that it’s in place, we make sure that the framework is a core part of our hiring process – not only does the framework make it much easier to ‘visualise’ the ideal hire, it’s helped further bed the framework into our culture.

At Charlie, promotions now only ever happen according to progress through the career framework. This has definitely helped emphasise the role the framework is playing – it’s not just a reference point for progression, it’s how you progress, full stop.

So – there you have it. That’s the story of Charlie’s progression framework, from conception to execution. If you have any questions about this stage or think we missed anything, feel free to drop it in the comments below.