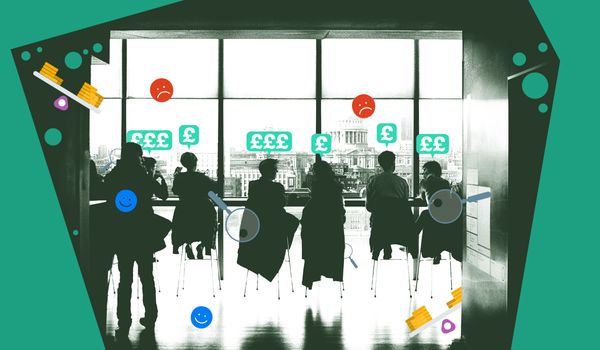 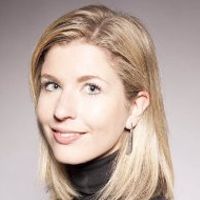 In all likelihood, neither you nor your team are particularly good at talking about salaries. Sophie Hossack, Director of Strategic Partnerships at Receipt Bank, talks about how to improve everyone’s ability to have these crucial conversations

Alongside sex, religion and politics, money is something that people in Britain are not good at talking about. It’s considered a taboo – so we never really get the chance to get comfortable with any conversation involving it.

This leads to a serious “language gap” around salaries. Very few of us are truly skilled at talking about salaries in an effective manner.

Say you’re running a small business, and one of your employees wants to ask you for a pay rise. They may not know how to start the conversation, what to say in it, and will probably be generally embarrassed by the whole scenario. This could lead to the conversation being awkward, unproductive – or just never happening at all.

If you’re running a small business, you might be thinking “so what?”. It sounds reasonable to think that the ability of your employees to ask for a pay rise isn’t really your responsibility.

However, there are two clear benefits: you’ll be helping them to develop and helping to level the playing field

If you’re able to teach your team to be comfortable and confident in salary discussions, you’ll create a much more level playing field, and enable salaries to be more dependent on skill and merit.

Teach your team how to ask for a pay rise

Teaching members of your team how to ask for a pay rise is a smart idea – not only does it help avoid the pay disparities we talked about above – it’s also a great way of showing that you’re genuinely invested in developing your team. This is a skill that will serve them well throughout this job and when they move on, and is one that they’re sure to value. You’re demonstrating that you trust them, that you value them, and are genuinely committed to helping them progress. Here are some ways to approach it.

Fight the taboo around salaries

By creating a widely-understood and transparent process for discussions about salaries, you can diminish the taboo around money and salaries.

To do this, have regular intervals where team leads, managers or business owners talk to their employees, where salary is an explicitly defined topic of conversation. Most likely, this will take the form of review sessions.

Exactly how often you have these sessions is largely up to your and your business – but they should be relatively regular – definitely more than once a year. The aim is to make talking about salaries a regular, habitual affair for your employees, not a once-a-year, feared event.

Smaller businesses often fail to create a structure like this (while larger businesses usually have a more formalised review process). Don’t fall into this trap: building occasions where you encourage employees to discuss salaries is a crucial part of removing the taboo which surrounds them.

How you do this: make sure everyone in your business has regular, scheduled discussions or reviews. Explain to them that in these meetings, salary is an expected topic of conversation.

Teach your team to own their salary discussions

It’s your job to create spaces where salary is discussed. But it’s the job of your team members to own that discussion.

Make it clear to your employees that the onus is on them to initiate the conversation. This should be explained as early as possible, and reiterated whenever you have a meeting where salaries will be discussed.

If you do this, you’re essentially training your team to be ready for when, eventually, they move to a different job, where their manager might not be as concerned about salary discussions as you are – they are able to take these discussions into their own hands. That may sound like it’s not really helpful to your business, but remember that showing your team that you value their development and progression is always a positive thing – and helping them develop a genuine life skill like this is a highly effective way of doing this.

How should a manager tackle salary conversations?

A quick follow-up to a discussion about salary is an absolute necessity. Salary is massively important to people. It can represent their personal development, their quality of life, and the quality of life they are able to offer to their family. According to a PWC survey, 40% of employees say personal financial issues are the biggest cause of stress in their lives. Being left guessing about anything is frustrating. Being left guessing about something that means so much to you is infuriating.

You should be aiming to respond to a salary related request as soon as possible – realistically, 48 hours should be the absolute limit. Having to make an important decision that quickly might seem foolish – but it makes a real difference to your employees.

One example I always remind myself of happened a few years ago: On Friday, I had an employee’s performance review, which included a discussion about her salary. After the review, I decided she would be given a raise. It was a modest increase – and it was 6pm, so I was tempted to let her know the good news on Monday rather than interrupting her evening. But as I left work, I changed my mind and sent her a quick text, telling her she’d got a pay rise and how much it would be. She and her fiancé were able to celebrate that night, and I know her weekend was improved significantly over the alternative – which would have been two days of worrying.

Part of ensuring you’re not an intimidating person is the way you present yourself, the way you lead, and the way you speak to your team. Two things I always try to keep in mind are:

Lead with curiosity, not judgement. If someone says something you disagree with, don’t get defensive and immediately state your disagreement. Ask them to expand and explain, with the aim of understanding their point, not correcting them.

These are much easier said than done! The art of having productive conversations is a skill that takes a lot of time and effort to master. If you’d like to really dive deep into this topic, have a look at this article by CharlieHR COO Ben Gateley.

Learning to give feedback is vital for any leader – but it’s especially important in discussions about salary, and most of all when you have to turn down a request for a pay rise.

Critical feedback isn’t easy. People are frustrated, even angered by it. But this is a short-term problem. Long-term, if you give this feedback clearly and honestly, then you’ll be seriously reducing an employee’s frustration. Don’t be afraid of clearly outlining the problems which are holding them back from getting a raise.

Give this feedback with a focus on what can be done for the person in question to improve. This should feel like you’re working with the employee, to create a plan for them. Clearly explain what you feel they have trouble with, and what they can do to improve. They might seem frustrated by this. Up to a point, that’s fine. In the long run, they will value this far more than being told they can’t have a raise – without any reasoning.

Meanwhile, you shouldn’t give someone a pay rise without feedback either. Here, your feedback should outline what things they did to merit this pay rise, how you value them in the business and how this fits into their long-term progression. It may seem obvious, but explaining what behaviour caused a pay rise is the best way of making sure that behaviour sticks around.

The majority of all conflicts related to salaries happen when there has been a misunderstanding of the expectations held by the parties involved. Here are a couple of examples from my experience:

The communication of expectations must be crystal clear.

To do this, have a clear, official framework for how salaries work. This could be in the form of an official progression plan which is shared across the business, or it could simply be a set of agreed-upon rules among anyone who decides on pay rises, which they explain to employees when they arrive at the business.

The goal is to have every person in your business fully aware of what they need to do and how they need to develop in order to receive a pay rise. You’ll also be equipping them to discuss it within a consistent and understood framework that works for your business. Do this, and conversations about salaries will become much easier. 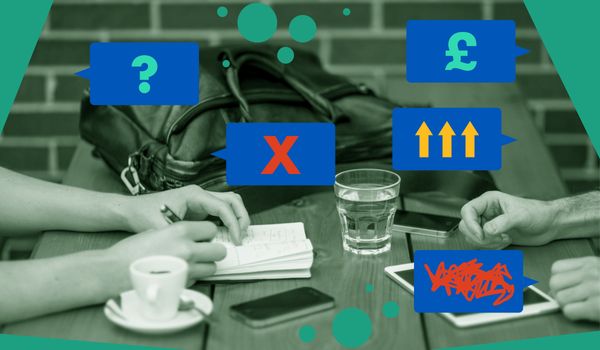