Nikolay Storonsky and Revolut, the home of hard work and no play

Nikolay Storonsky spends 99.5 percent of his time at the office. The founder of digital banking startup Revolut champions old fashioned hard work and long hours to be successful - bucking the trends of unlimited holidays and chill out rooms - to nurture his competitive streak and get the business to where it is today.

At Charlie, our aim is not to tell anyone how they should run their company - nor endorse any particular strategy - but illuminate all the diverse ways that different leaders choose to do so. Here's one such view...

At Amazon’s Day One headquarters in Seattle, new employees are told to forget bad habits they learned at previous jobs and instead be guided by 14 leadership principles. Emails are expected to be answered at all hours and employees must carefully and unreservedly dissect each other's ideas. A report by the New York Times highlights founder Jeff Bezos’ belief that harmony in the workplace is often overvalued and can stifle honest critique of the work.

At Revolut, a startup surfing the fintech revolution offering digital alternatives to established banking services, co-founder Nikolay Storonsky explains that, while he didn’t initially take his inspiration from Bezos, he runs the business on a similar set of beliefs. “If an industry climate isn’t competitive, then maybe a relaxed workplace culture could work,” says Storonsky. “But if everything is extremely competitive and you're a startup - you have less funding, you have less people and less clients. You’re up against these big corporates, so what's your advantage?”

A brief history of Nikolay Storonsky

Storonsky began building Revolut in 2014 when he was 29-years-old before publicly launching a year later. Born in Russia and after studying physics at Moscow Institute of Physics and Technology, he moved to London to work as a trader, first at investment banking firm Lehman Brothers and then Credit Suisse. Like so many great business concepts, Revolut was born from a personal pain point - the inability to easily minimise the cost of spending money overseas.

He couldn’t find anything that made it simple as well as cheap, so he built it himself.  The London-based company offers a mobile current account that customers can use to spend their money abroad in over 120 currencies without fees and frictionless transactions. He expects Revolut will have one million customers by the end of 2017 and, with a fresh $66 million of funding, plans are afoot to extend the reach into the United States and Asia.  A cryptocurrency trading platform will follow.

Apart from your product, your advantage in this industry is that you pull more hours. That's what helps you win this game. 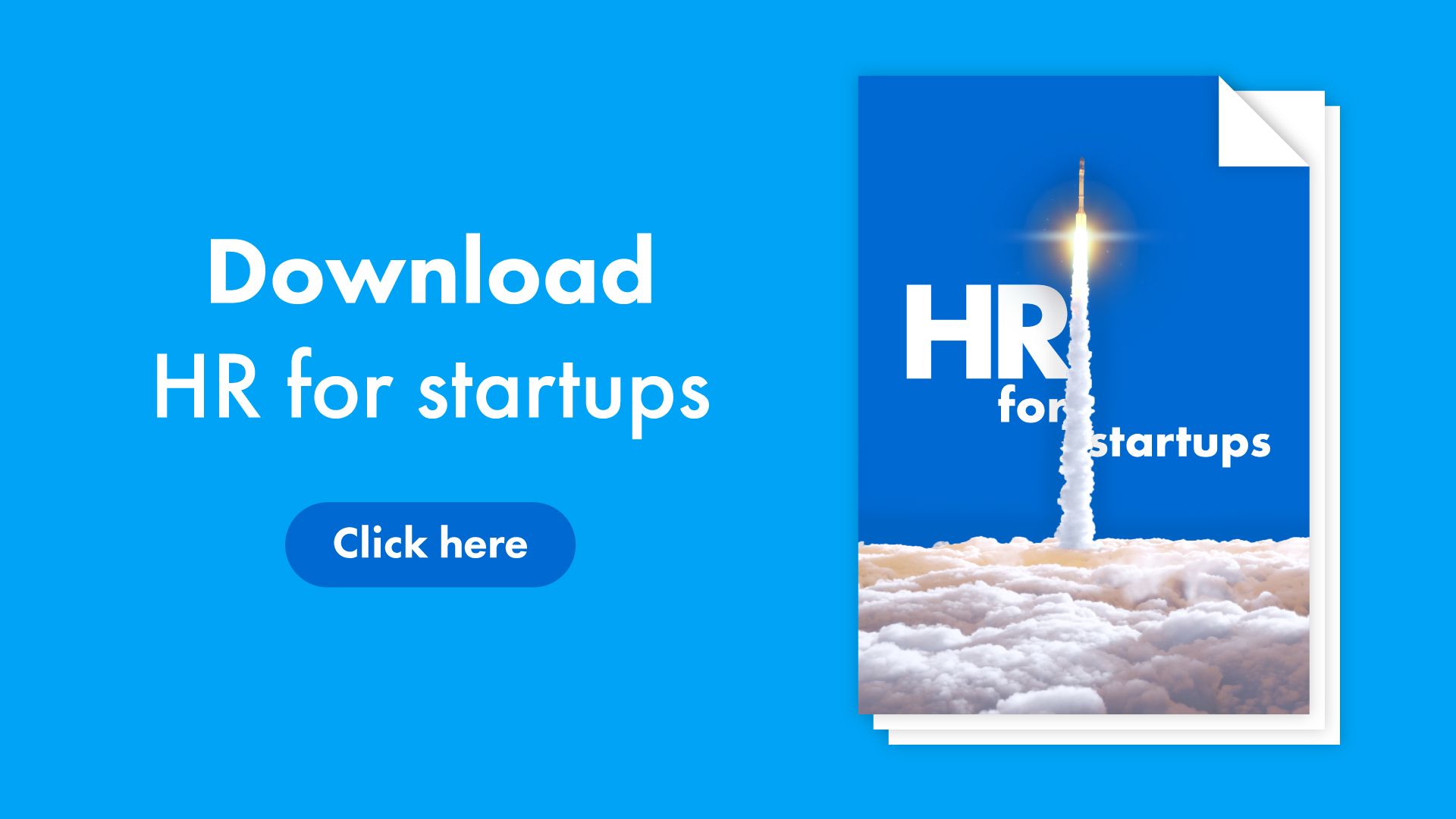 This rapid-fire growth is seemingly the result of a rapid-fire work pace. Projects are started and finished within weeks. Most of the staff work on weekends and well into the night - but not because they are forced to, Storonsky is keen to assert, but because they want to. “It’s your choice,” he says, “Apart from your product, your advantage in this industry is that you pull more hours.  That’s what helps you win this game.”

This has not seemed to scare off potential new employees. Just seven people two years ago, there are now 250 in a team sprawled out across the UK and Europe. At Revolut headquarters, on the 42nd floor of a high-rise in Canary Wharf, the sweeping views of London are framed by floor-to-ceiling windows in clean, white, orderly offices. Nikolay says one of the biggest challenges he has faced in the past two years is finding “A-plus” people who can sustain the pace.  His biggest challenge is “hiring great people, who have an extremely high IQ and a specific skill set as well as the right mindset for these kinds of conditions,” he says. He talks as if at war, and sounds as if he hires like it too.

Following in a work-focused routine like Storonsky’s is no easy task. He lives 40 minutes from the office but is usually at his desk by 8am and out the door sometime around 10.30 in the evening. When asked what his life is like outside of work he pauses to consider: “I go on holidays sometimes but very rarely. 99.5 percent of my life is work related.” In that point five percent of down-time he does do one thing to switch off his brain: kite surfing helps him to recalibrate before getting straight back into his tight schedule.

It’s all at stark contrast with the increasingly benign rhetoric from many modern day startups.  Google and Facebook are the leaders in the creative workplace, brimming with staff perks in an effort to keep employees happy, creative, and productive. Some say that it simply works as a ploy to make sure employees don’t have to leave the office - free lunches, in-house bars, pets, a gym, nap pods - everything you need is only minutes away. Many other startups are following suit by offering incentives such as unlimited holidays and chill out zones where staff can socialise, network, swap ideas, or learn new skills.

But Storonsky is skeptical. “I know these people and I have actually heard complaints from one of the founders where they’ve put a Playstation in the office and a lot of people distract other people in the middle of the day. What’s the point?” And the people he surrounds himself with tend to agree.

Work life balance will shift towards being dedicated to your job - but this is what being passionate is about! We are building new things everyday!

Reviews for the UK office on Glassdoor, an online platform that allows past and present employees to leave reviews about a company, back the idea that the hours are long but worth it. One current full-time employee says there are no cons but “work life balance will shift towards being dedicated to your job - but this is what being passionate is about! We are building new things everyday!”

Storonsky says hiring these types of people is key to the success and growth of the business. “You just hire people who have the same intelligence, they want to achieve great things and they are ok to work hard for it. You make sure when you interview candidates you ask them specifically, ‘are you prepared to work hard?’”

For some, the answer to that question might initially be ‘yes’, but there has been the occasion where the fast pace has caught up with a new hire. “We definitely have had people who didn't meet our expectations,” Storonsky says. “It's not because they're bad or we're bad. It's more like we have our own direction, our certain ways of doing things, a certain speed that some people just don’t get used to.”

It's about whether they want to work super hard for three to five years but then never need to work again, or work for 30 years and then never really get rich.

If you can stick it out, however, Storonsky says it's not only worth it but a much more efficient way of getting to where you want to be. “It's about whether they want to work super hard for three to five years but then never need to work again, or work for 30 years and then never really get rich.”

Key to this approach is choice. Storonsky says he works long hours because he wants to, he hires people that are similar to him and who can be productive in a grueling work place. They want it too. While there are plenty of studies that show long hours are in fact a detriment to productivity, Revolut is famed for how quickly it's grown and the team’s ability to get stuff done.

There’s no doubt that Storonsky’s break-neck pace and intelligence has got him to where he is today, even if it's not for everyone. “It depends on your character,” he says. “Starting anything new is extremely hard. It's breaking the walls all the time so you really need to have character to break the walls and you need to have brains to more sufficiently break the walls.” He does concede that this is the way he was brought up and that he’s very process driven. “I have always had the same attitudes since I was young but I guess it depends where you start from, your country, your background, or your school,” he says.

So just how fast can Storonsky drive this team? He has just announced Revolut has submitted an application for a European Banking Licence, which he expects by early next year, and his team has begun building their own in-house payment processor to improve their reliability and service even further. Plus expanding into more countries as those services continue to grow. Is this kind of growth for everyone? “Some people, if they don't have this competitiveness in them, they are probably going to work less hard,” he says.