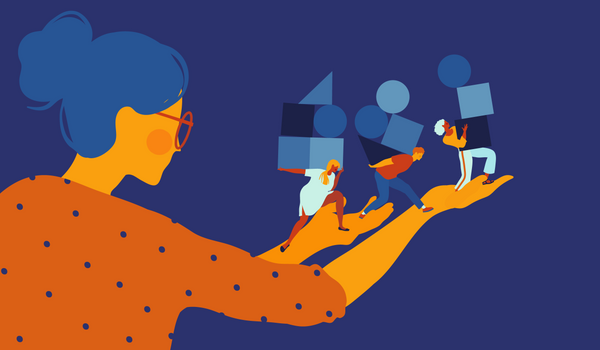 This article is the fourth and final entry in a series of posts detailing CharlieHR's journey towards a culture of high performance.

“Work hard and be nice to people” - this Anthony Burrill print has held pride of place in our office since the day we started the company. It hangs in our lead investor’s office, as the gift we gave to them when they moved several years back. I’m fairly sure Ben, my CharlieHR co-founder, has at least five different copies littered around his house. Needless to say, it’s become something of a mantra for us.

It’s an important principle, we feel. That kindness and generosity of heart need never be sacrificed in the pursuit of anything worthwhile, and a reminder that - in the throes of ambition and hard graft - we’ve gone too far if we forget our courtesy.

While we try to live by it (I’m sure with varying degrees of success), it’s one thing to impose those standards on ourselves - to “be nice” while being sure that we’re “working hard”. But when it comes to driving others around us, pushing our team to work hard and demanding more and more from them … is it possible to remain the nice guy? Is there a reason so many tyrannical leaders achieve great results?

What is “being nice”?

It’s a good word, in many respects. We all understand instinctively what it means without cause for too much explanation. But on inspection, it’s incredibly vague. "Nice" is more of a characteristic. How does someone who's "nice" really behave?

Ben and I thought on this a lot, and without delving too far into defining the English language, we came to decide that context was extremely important. It’s probably not particularly “nice” to point out the character flaws in a new friend to whom you’ve just been introduced. But, in equal measure, it’s not particularly “nice” on a colleague to enable them to continue failing at something because you’re wary of being critical on account of their feelings.

I’m reminded of a story in Radical Candour by Kim Scott - a book that’s been one of the inspirational cornerstones of the culture we have built at Charlie. Kim tells a story about her old boss, Sheryl Sandberg, who took her for a walk after she had just made a presentation to Google founders Larry Page and Sergey Brin. Sandberg’s scathing critique of her performance was hardly “nice”, she explains, but the criticism was one of the kindest things Sandberg could ever have done for her. Without it, she may never have known how to improve.

With that in mind, perhaps our definition of “nice” in the context of leading a business should be clarified. Ben and I shot this around together for a while before settling on the following:

“A nice leader takes the time to understand what an individual wants and - providing that can be achieved within the scope of their role at the company - earnestly does everything possible to help them get there.”

How to be a leader everyone wants to follow

We settled on the following as being qualities a 'nice' leader has:

So... can you be nice and make people work hard?

Yes, you can. But only if they really want to. This has been our key learning.

If what they want to achieve requires really hard work - and they understand and commit to that - the best (and nicest) thing you can do is ensure they stay true to that course and continue to push them hard.

At Charlie, we’re a high growth business with big ambitions. It is a brilliant place to be for those who want to become the best in the world at what they do, quickly. It’s an awful place for those who don’t have the most lofty of aspirations.

Crucially, what matters most is unlocking what is at the heart of each individual. If you care deeply about them - and respect the fact they’ve chosen your company as the place for them to realise their goals - then ensuring their personal ambitions are aligned with those of the company is paramount. If that’s in place, then pushing each other to work hard towards them is a collective responsibility that everyone should relish.