The challenge of managing older employees

Grace Gould believes tomorrow’s technology should be fun, useful and accessible to everyone. Which is why she launched Soda (or ‘School of the Digital Age’) - a curated home for innovative smart products that are playful and engaging.

But despite her success in this and previous roles - most notably at Apple and in Venture Capital - Grace knows her limits. That’s why it was quite the coup when she won over Jackie Annesley, former editor of the Sunday Times Style Magazine, to join the team as Creative Director.

We were interested to hear what it’s like to manage someone much older than you - and if other CEOs could benefit from embracing the generation gap.

In April 2017, a few months into launching what was later to become Soda, Grace realised that while she knew the electronics industry well, she lacked “creative genius”: Bringing new ideas to market, curating a product portfolio and developing the company’s tone of voice. So she started looking for someone to fill this gap.

Not long after, she met Jackie Annesley who, as Grace says, “had been talking to our audience for the last thirty years”. A match of opposites - the young sci-fi geek in trainers meets the classy, immaculately dressed editor of the Sunday Times Style Magazine.

In a few short months, Jackie has had a “phenomenal” impact on the business, Grace says. The difference in age between the new Creative Director and the rest of the team - all less than half her age - could make other founders think twice, but the two women complement each other.

Despite all the the obvious advantages of having someone with a wealth of experience on the team, Grace points to three topics that have required adjustment from both sides.

Tech literacy vs style and discernment

It may be a case of tech literacy rather than age, but digital natives have less to contend with when it comes to learning to use new platforms and interfaces. “We’re really open about it”, Grace says. “Jackie needed some support with learning to use a few tech tools”. She has picked up Google Drive and Dropbox very quickly. “And now, she’s adding GIFs to MailChimp emails.” 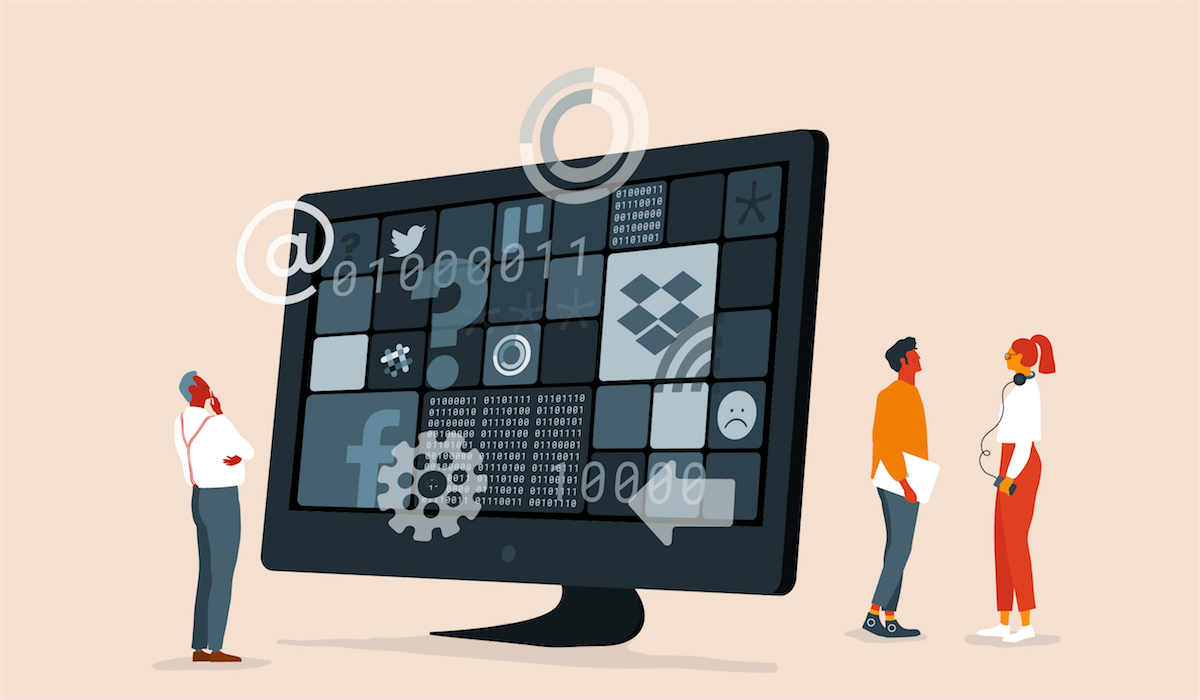 But even if you’re lucky and get a quick learner like Jackie on your team, do factor in some extra training time.

On the other hand, high tech startups are often not great when it comes to style and discernment - and that’s where Jackie shines. “The whole point of Soda is that we're teaching people about new technologies”, Grace says, “so it’s absolutely crucial that we select the right products and educate our customers about them in a language they understand. Jackie does that superbly well - her experience shows.”

This is not only reflected in product curation, one of Jackie’s main responsibilities, but also in the quality of copywriting: A quick walk through the Soda website and their newsletter makes the difference in style apparent.

For example, a very fun and unique idea is to give people reasons to not buy a particular product:

Having worked in an office her whole career, Jackie prefers to come in and be at her desk every day. Her millennial colleagues, on the other hand, thrive on flexible working - from coffee shops, train platforms, or their living room. Grace explains that now the team tries to be sensitive to everyone’s preferences: "We definitely make an effort to be there now. And if there’s no one in the office, I’ll send Jackie a message."

Coming from a startup background, Grace has seen how quickly a business can go from idea to IPO. Jackie comes from a different world - which means she can be less inclined to see how, as Grace puts it, “we can go from A to C”. This highlights a difference of outlook that’s linked less to age and more to the nature of someone’s previous experience. Grace says:

It’s a startup mindset, seeing the world is ours for the taking and you can do anything.

At the same time, Jackie adds a dose of realism that comes from working in an organisation that was founded in the early 19th century. As Grace says: “The mixture of these two perspectives - Grace in La La Land, Jackie in reality - is what makes Soda so special and successful.”

Grace’s advice to other CEOs considering hiring much more experienced team members? “Do it! Jackie has brought so much to the business - her value is unchartable”. Ignore the stigma around hiring or managing someone older than you: you could be missing out on serious benefits.

Firstly, she brings a much-needed dose of style and discernment to the table: “Honestly, if we didn’t have Jackie, God knows some of the stuff we would have sold,” Grace says, laughing. With her editorial background, and as a parent to teenagers, Jackie has cultivated an instinctive understanding of Soda’s target audience. “She has lived much more of a life than we’ve lived in our young professional millennial lifestyle, and she just knows what people want”, Grace explains. “Jackie has created the company’s brand identity and tone of voice”.

And secondly, Jackie’s management experience has made her a wise sounding board when it comes to all things people. “I often seek her advice on the team”, Grace says, “because she’s managed huge teams for many years, and mentored a lot of people. I really value her opinion there.” With Jackie’s help, Grace is setting her team up for long-term success, avoiding the classic startup pitfalls of messy management and burnout.

Wisdom and poise in hustle and noise

It’s refreshing to see a fledgling company make a deliberate effort to leverage skills that can only be gained through decades of experience, and embrace hiring older candidates. Few companies do this at such an early stage of their existence.

Newspaper columnist Lucy Kellaway recently left her position at the Financial Times to start a charity. Now Teach helps successful professionals transition into full-time teaching positions towards the end of their careers. The idea is that young people will enormously benefit from the experience and serenity that comes from working with, and even managing older employees.

Does your company benefit from this mixture of poise and maturity? It could be the missing piece in the puzzle. Companies who take a page out of Soda’s book and approach the generation gap with consideration and openness may find themselves with a real competitive advantage.