How to run world class One to Ones - Part 3: Support

You can't create a high-performance culture without first building a supportive culture. In part three of our four-part series on how to have world class one to one conversations, we'll be looking at how to be a supportive presence when talking to people in your business.

We’ve learned about the foundations of a great conversation, and we’ve looked at ways to deeply understand the people you’re talking to. Now we’re going to show you how you’re going to use your conversations to develop your team members.

To develop a person or a team, your conversations must balance two things: challenge and support.

You’re there to push and challenge your team to be better, while also being on-hand to catch them if they fail, and support them when things go wrong – because no matter the line of business you are in, eventually they will.

Having said that, start with support. Supporting someone without challenging them is a little pointless – but challenging someone without supporting them is a fast-track to creating an environment where people are scared of failure and unable to take risks. This is a potential disaster, so make sure you’re confident in the culture of supportiveness you have built before you start laying on the challenges.

In the first part of this series, I advised you to approach your conversations knowing your goal. Once you’re in a conversation, however, you are going to need to be flexible. Keep the goal in mind, but understand that sometimes a person’s needs supercede the needs of you or your company.

If there’s an issue occupying their brain, then charging ahead with your own goals will not be productive. It may be frustrating to put your own goals on hold, but in the long-run, you’ll get more done by helping them unblock whatever is on their mind.

Some things to keep in mind:

If a member of your team feels like they’re able to bring up a sensitive issue in a conversation with you, you’ve achieved a lot. Situations like this are a vote of confidence in the culture of trust and openness you have fostered. The worst thing you can do now is to appear to judge them for the issue they have brought to you.

Trusting relationships take months to build, and moments to break apart. Judging someone is by far the easiest way to break them. Here’s how to avoid it:

Admirably, much of the business community has accepted that failure is an inevitable, useful and necessary part of running a business – especially a small business.

However, it’s one thing to say this. It’s another thing altogether to actually bake this ethos into your company culture, but it’s vital. A culture which embraces failure in a proactive manner will allow you to tackle the unknown, the unsure and the scary, and will be able to react quickly and appropriately when things inevitably go wrong.

Building that culture starts in your one to one conversations:

People who are worried about losing their jobs do not take risks. If you want people to produce their best work and dream up creative solutions, they need to feel safe and secure in their jobs.

One to one conversations are the perfect opportunity to create this feeling. You should:

Believe in your team

This one is the real secret sauce. The most common difference between good teams and great teams is simple: great teams know that their leaders believe in them. Teams thrive when they can tell that you’re fully invested in them.

Know what you can & can’t help with

This is the last point, but probably the most important: there is a line.

There will be lots of stuff going on in the lives of people in your teams which you can’t and shouldn’t try to support. People who run businesses are not there to act as counsellors or therapists. Learn when you’re out of your depth and feel confident in suggesting someone look for advice elsewhere. I've found The Sanctus Directory to be invaluable in situations like this – it's a fantastic, all-encompassing list of mental health services.

If you nail all of this, then you’re ready to move onto the final (and most exciting) part: how to challenge your team in just the right way to produce spectacular personal development. 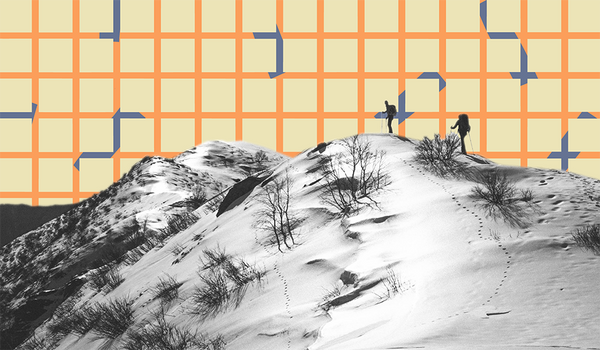 How to run world class One to Ones - Part 4: Challenge