In 2009, Dom Jackman escaped the felt-covered cubicles of his corporate employer. Since then, he has been helping others to do the same.

His company Escape the City provides support to those who are looking for more purpose in life than just a steady paycheck.

We were interested to know what small companies can do to attract smart people from big companies to join them.

On LinkedIn, Dom summarises his career at Ernst & Young with a pithy line: “Management Consultant … A* in Powerpoint”. It’s with this mix of irony and closure that he looks back on his previous Dilbert-like existence: “I enjoyed some aspects of it, but in the end it’s a soulless job where people get paid good money to sacrifice their purpose.”

Seeing other people suffering from this sense of detachment and alienation, Dom launched Escape the City with two friends, Rob and Mike, and the mission to help other people overcome (often self-imposed) limitations and “find work that makes them feel alive”, as Dom says.

When they started out as a meetup group and a mailing list, they felt like pioneers on the fringe. People back then did, of course, complain about their jobs and dreamed of sipping mojitos on the beach. But few actually did much about it. In the last few years, however, the idea of doing something more purposeful with your career has gone mainstream, says Dom: “There’s a lot more opportunities now, as well as the awareness. It’s so easy to start a business, go freelance, work on a contract basis - all those possibilities were not there to that extent even five, six years ago.”

Why would small companies want to hire from big corporates?

A large part of Escape the City’s revenue comes from their job adverts where SMEs advertise open positions that would-be-escapers apply for. So Dom knows a thing or two about what makes small companies attractive to people from big corporates.

But why would you even want to? Aren’t MBA types rather formal and inflexible, don’t they expect that everything be handed to them? Dom doesn’t think so:

Corporates do put a lot of resources into their staff, both in terms of hiring and training. Getting hired by a big company is a quality filter. You can tap into that.

And that skill advantage isn’t limited to complex skills, but includes simple things like how to write a business email or conduct yourself during a meeting. Skills that one would, often wrongly, expect from every university graduate, but that big corporate people usually bring along in spades. This can introduce a level of rigor and discipline into a possibly too informal environment, which can be beneficial.

According to Dom, this advantage of quality beats everything else. Sure, you might get someone inflexible or overly formal. But you can iron it out during the recruitment process, as you discuss the work they’d be doing. Understand that, in their current job, they maybe have a PA who does their admin work for them. In your company, they will have to book their own flights and schedule their own meetings. If you make that clear right from the start, there won’t be problems later on.

So what can small companies do to attract talent from big corporate firms?

There is one overarching element that makes people loosen their tie, ditch the high heels, unpin their family pictures from the cubicle wall and accept a big salary cut to work for a small company: Purpose.

According to Dom, everything is about your why and how you tell your story: “What is the problem you’re trying to solve, what’s the founder’s story, why did they start this business, what do they want to achieve, and why is that important?”

At the same time, Dom advises to manage expectations with your candidates. They will not be feeding dolphins in Costa Rica or teaching English in a Nepalese village. They will work in a small company, and a lot of that work will look similar to what they’ve been doing before.

Dom says: “The work functions are still the same - there’s accounting, there’s finance, there’s sales, there’s marketing. Lots of emails to be written and spreadsheets to be filled out. That’s not where the difference lies. The real difference lies in the WHY you do it, the story. What you’re building and striving towards as you are doing those little, seemingly mundane tasks.”

Well - that sounds easy for a mission driven business like Escape the City that has its mission practically written in their company name. But what should a company selling, say, business software or kitchen equipment do? How can THEY convince great people to join them? “This principle is not confined to lofty goals like ours”, says Dom. He continues:

“I think the secret lies in having high demands of yourself. Even if you “just” make toasters, aim to build the best toaster in the world.

I get where Dom is coming from. There are many companies selling mundane products that nevertheless attract great people because of how they go about their mission. Innocent Drinks, Brompton Bikes, Transferwise - none of these are curing cancer or building rockets to Mars. But the mission they communicate to the outside world makes them very compelling because of their commitment to excellence, their openness about their story and their authenticity.

Dom mentions Buffer as a great example of this principle: “They do social media scheduling software - nothing too exciting. But when you look at their website you can see the passion for what they do, their values and how they write about their journey - you can sense that there is a commitment to excellence that not all companies have.”

A big part of success in this context is, I think, just the nuts and bolts of having a great website with outstanding copy that tells the story in a credible and compelling way. Dom agrees:

“The About Us section on a website is always one of the first I read because I’m intrigued by how people tell their own story. I get very excited about people’s mission if they can articulate it well.”

But he also notes that you can’t fake your way through it - the story needs to be genuine and the language has to be yours. “We’ve worked on our story for a very long time and it took us a while to get there - and I think we’re still not where we want to be. So take your time.”

For Dom, no company tells a better story than Hiut Denim, a jeansmaker in Wales. “For me, they are the shining beacon of the Why. The founder, David Hieatt, had a purpose to get his hometown Cardigan to make jeans again, after many decades of decline. David is such a good storyteller - their whole company tagline is 'Do one thing well'. They say they will never make t-shirt or anything else - just jeans. And their purpose is to get manufacturing jobs back to Wales. He’s telling the story in an incredible way.”

Another company Dom mentions is Innocent Drinks who pioneered the very informal tone in their messaging. A tone that today is quite common but was really new at the time: “Innocent never paid very well but because of their style they attracted many people who took a serious pay cut to join them”.

The perilous waters of status

Dom knows would-be escapers very well, having conducted countless trainings at the company’s Escape School where current corporate employees summon the courage to say good-bye to the City. One of the most important factors holding people back from doing high-purpose work is the question of status.

“When you are a senior manager at a consulting firm with a six digit salary and drive a BMW, you are someone... it’s a large part of your identity as a person”, Dom says. The subtle or overt backlash for losing this status can be considerable and make the escaper question their decision.

What’s a small business to do about this? They will never be able to offer a similar level of status, at least when it comes to salary and perks.

One part of the answer is awareness. While staying respectful, ask the candidate who wants to join you if they have thought through the consequences: How will they cope with the inevitable raised eyebrows from their social circle? (“You left your well-paid job for THIS?”). You want a new team member who is self-aware enough to have gone through this mental exercise and accepted their new status, and not someone who will get cold feet because they miss the business class lounge at City Airport.

The other part of the equation is the status you can give them: Emphasising to the new employee how much their corporate experience can benefit your company and how you’ll be able to learn from them, combined with a fancy job title (a Senior Manager becoming a CXO or VP of X is a nice way of symbolically upgrading someone which doesn’t cost you anything). All this will help in getting your candidate over the finishing line.

In summary, how would Dom advise small companies so they can maximise their chances with corporate employees?

“One of the great things we’ve seen at Escape the City”, says Dom, “is that people from big companies self-select to work at small companies with a purpose. This means that once they have slept on the idea of a pay cut and accepted diminished social status, these people will be your greatest asset.”

Because nothing predicts your success in work better than having your heart at its centre. 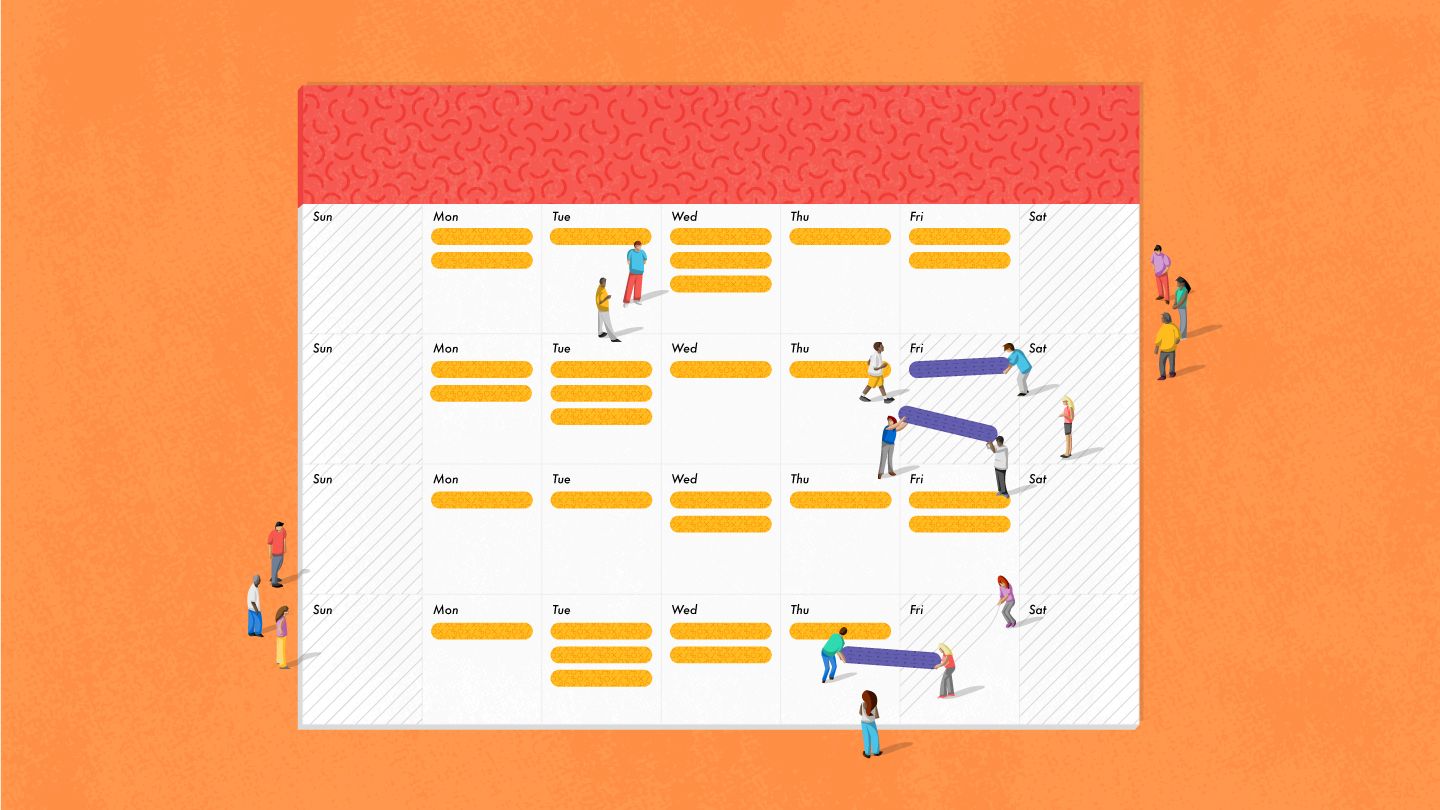