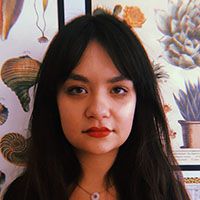 For a huge segment of the UK workforce, COVID-19 changed the reality of work of employees in companies large and small. Many went from being in a physical office space every day to working remotely at home. Some people spent vast amounts of time self isolating, others were put on furlough and restructures put strains on numerous teams across all industries.

Never before has company culture had such a vital role in creating a sense of security and belonging as during the trying times for companies and team members alike over the past year. The pandemic forced small businesses and their teams to implement rapid changes to their working realities effectively overnight and not all company cultures were set up to cope with that quick shift.

Spill conducted research to find facts on the state of employee mental health at work in small businesses in the UK after a year of working from home during the pandemic. The data comes from 1460 employees across the UK between 2020 and 2021. These are the findings.

Many experienced difficulty shutting off from work and moving into personal leisure time at the traditional end of the working day, and dedicated more hours to work overall. Without being able to physically leave work and return home, boundaries between the two blurred.

Graduates and executive team-level members felt the shift most keenly.

The problem was worse in London than elsewhere with 51% of London based employees reportedly working more on the weekends, 11% higher than the national average of 40%.

In the past year, feelings of guilt around taking annual leave increased, which was a larger problem in small companies than in bigger ones. Those surveyed reported taking less annual leave than in previous years - meaning less value was placed on taking the time to rest and recenter themselves away from work when weighed against appearing to be constantly hard working.

The problem of perceived diligence was worse in small companies than in large ones, with 64% of employees in companies sized 10-100 people reportedly feeling guilty about taking annual leave. In larger companies of 100+ people, 51% agreed they felt anxious about being perceived to be hard working. In the tech industry specifically, 54% agreed with the statement.

45% of employees reported they felt they had to reply to work messages outside of working hours, contributing to the blurring of lines between work and personal time.

Burnout has been a real problem this year

The lack of separation between work and home proved to have negatively affected teams.  The state of uncertainty around what working hours should look like whilst working from home caused a widespread perception anxiety amongst teams that in some cases led to burnout.

Again, the problem seems to have been the worst for employees at the top and bottom of the business - for grads and director level team members.

Presenteeism had as noticeable impact on teams - with many reporting they were anxious about being perceived as not working hard enough.

While working remotely, people felt anxious about proving they were being as productive and high performing as they were in the office. Appearing as always online, responsive and active on work forums such as Slack or Microsoft Teams became a marker of being actively working.

Where there is a lack of trust in fellow team members in a company, there are often problems with presenteeism. Anxieties about perception of how hard you’re seen to be working can affect interpersonal relationships at work, which, during the pandemic, led to break downs in communication and increased perceived passive aggression from colleagues.

Many employees felt less connected and supported by their teams - understandably so as remote work came into effect almost overnight.

Numerous companies would have been lacking the infrastructure to make a seamless transition to remote work. Without the physical office as a crutch for team bonding and a place for open communication, relationships suffered and many felt less supported by their colleagues.

Employees felt less connected to their colleagues. Again an understandable impact of the overnight shift - remote work was quite a sudden and jarring change for many. It became much harder, if not impossible to socialise with colleagues in a time where ‘forced fun’ was exactly that - forced, and unlikely to be fun. This had a negative impact on interpersonal relationships between team members.

In general, most employees felt adequately supported by their companies in dealing with their mental health. There was however still a very large percentage of employees who felt they didn’t get enough support from their companies in what was a tumultuous and trying year for all.

Team members thought managers were under-equipped to support them with mental health struggles - and many managers thought so too.

Overall, the larger the company, the fewer employees felt their managers were equipped to manage employee mental health issues.

Trust between managers and team members was worse in large companies

In June 2021, as we begin the slow shift back to a new normal, there still seems to be more of a trust problem in larger teams than smaller ones - but overall, there are still a significant number of employees who don’t feel safe or comfortable confiding in their managers when they’re struggling.

A notable proportion of companies overall didn’t rise to the challenge of providing adequate support to their team members through COVID. Most failed to provide mental health support training to their managers and did not have company cultures able to fight presenteeism and promote psychological safety in their teams. Team members in small companies overall fared worse than those in larger companies.

One key takeaway from the figures is that a company culture that values a healthy work-life balance, candour and genuine interpersonal relationships can have a huge positive impact on the wellbeing and productivity of the team overall. Without the cornerstones, which can be broken down into the pillars of CultureOps, there is a higher risk of burnout, resentment towards fellow colleagues and  team divisions.

Research carried out and data provided by Spill.

Spill provides all-in-one mental health support to companies via Slack. It allows employees to speak with qualified therapists over video or message, browse wellbeing resources, and use tools to improve their interpersonal skills and resilience. Book a demo with Spill today to find out more and see how you can further support your teams.