How do you promote someone in a startup?

Great work deserves recognition and reward, but in a small business, there's a limit to just how many people you can promote - so what could a startup career path look like?

Maybe you can think of someone in your team who deserves a promotion instantly – an employee who has worked hard and conscientiously at developing their skills and experience. They deserve recognition for their efforts. They're ready for more responsibility. When their performance review comes around, there's expectation on both sides: it's time for a promotion.

But your hands are tied. The size of your company makes promotion almost meaningless – there's just nowhere for them to go. That can drive great people away. As Basecamp co-founder Jason Fried said of the departure of a long-term employee:

“The issue was ambition—not a lack of it, but more of it than we could use.”

In order to capitalise on that ambition, to reward great employees for their efforts, you need to approach promotion in a different way. 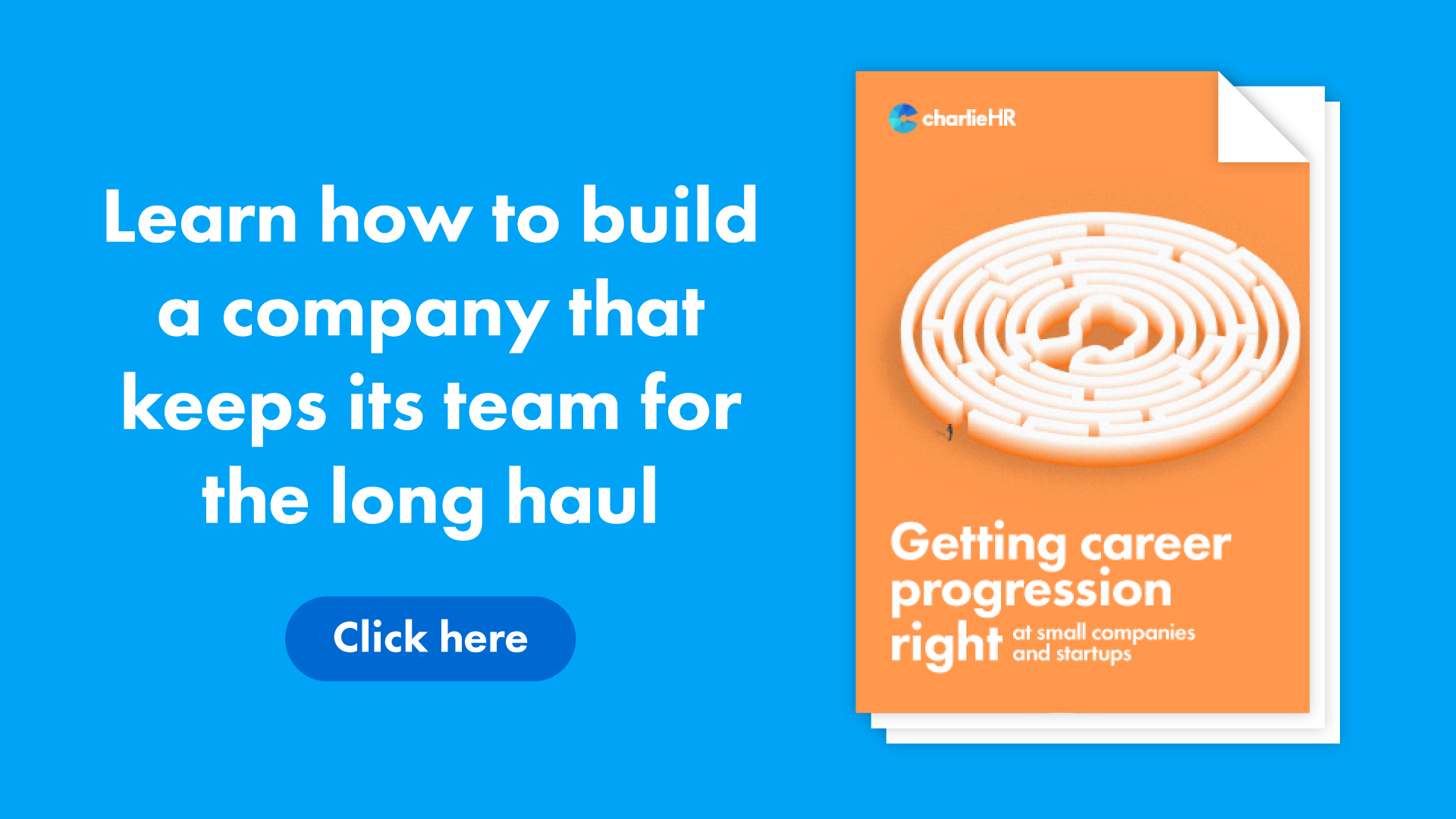 Career development in a startup

In a small business, the inability to promote an employee is usually caused by a combination of three issues:

Ultimately, the end goal of promotion is to reward someone with a more challenging role in which they can better use their newly honed skills. Even in a small business of a dozen people, you can still achieve that goal – because “promotion” doesn't need to be synonymous with “management.”

“Traditional” promotion, transitioning someone from practitioner to manager, has its place in a small business. After all, every company needs managers. But it shouldn't be the catch-all approach.

But before you congratulate a new manager at your small business, carefully consider whether that role is right for them and the company.

How to make it work:

Explore whether management is the best “next step.” Dig into the interests, skills and ambitions of an employee who deserves a promotion, and, oftentimes, you'll realise that management isn't the best fit. Maybe they're a talented coder who wants more creative control over their projects or a marketer who wants to specialise in paid advertising. In either case, moving into management would more likely hinder their ambitions than encourage them. For these people, it's necessary to find a different route of promotion.

In a small business, managerial promotion can still work – it just requires a shift in perspective, becoming one of many routes of promotion. Those other routes fall under the umbrella of “specialist” promotion.

We often think of promotion as a process of moving vertically through a company. We talk about the career “ladder”—you can only move in one plane of motion, up or down. In practice, small businesses often have more opportunities for “sideways promotion”—rewarding great employees by allowing them to specialise further in their areas of interest.

This is also an approach used by Jason Fried:

A small team can always sustain more practitioners than managers, especially when those practitioners focus on a single area of interest and do so in an increasingly valuable way. Grant your developer more control over their projects, and their newfound autonomy might lead to a new product and a new source of revenue. Encourage your marketer to specialise in paid advertising, and their next campaign might trigger a deluge of new business. Both employees are rewarded for their work and contribute to the business in turn—without a managerial promotion in sight.

How to make it work:

Any promotion, whether managerial or specialist, should empower your employee to have a greater impact on your company's growth. A senior developer can have just as much of an impact on revenue and growth as a team manager – they just influence different areas of the company.

The solution is lateral thinking

Growing a healthy company relies on rewarding great employees and great work, even when there's a limit to how many managers the company needs. Thankfully, you don't need to limit your team's development – you just need to apply some lateral thinking. For many employees, a specialist promotion—developing deep expertise in a single area—is a better option than becoming yet another people manager. That's great for the employee, and it's great for your whole team.